Actor Jason Issacs is married and a father of two. 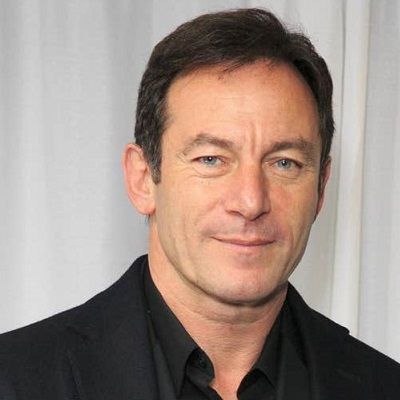 Jason Issacs is married to Emma Hewitt in 1988.

The couple has two children Ruby and Lily Isaacs.

Jason met his wife Emma in Central School and was in a live-in relationship in 1987. After a year, the pair decided to get married!

Who is Jason Isaacs?

Jason Isaacs is an English actor. He is known for his notable roles including Lucius Malfoy in the Harry Potter Movies and Mr. Captain Hook in Peter Pan.

Currently, he is playing the role of Captain Gabriel Lorca in Star Trek: Discovery, a web television series launched in 2017.

Jason Isaacs was born 6 June 1963, in Liverpool, England to Jewish parents, Eric and Sheila Isaacs. His birth sign is Gemini.

He has 3 brothers- Brent, Geoff, and Damian Isaacs.

In 1985, he graduated in Law from Bristol University, Bristol, England.

Jason Isaacs’net worth is approximately $12m US. His salary is around $168k US.

He has black hair and grey eyes and his height is 5 feet 11 inches.

You may read about the age, parents, career, net worth, body measurement, and social media of Wes Brown, Chris Santos, Christopher Denham.