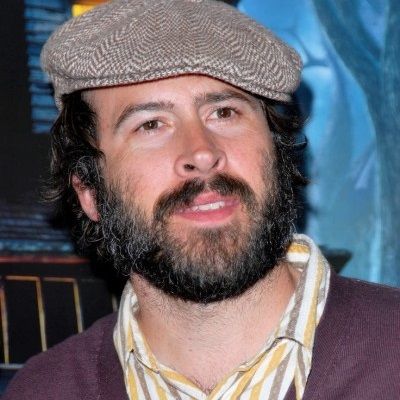 I'd love to establish relationships with other writer-directors, too, but Chasing Amy (1997) is what got things going for me, and I'll always stick by Kevin

The day I become the jaded, cynical, asshole actor that takes it all for granted, doing parts just for money, is the day I get the fuck out of acting for good. I'll never let that happen

I wanted to be very serious about being a musician -- a guy who cares a lot about the music and the band and why we did it in the first place. We wanted to show an actual passion on stage with the intent of turning on the audience.

Jason Lee is currently married to Ceren Alkac. They exchanged vows on 1 July 2008, in California. This couple is blessed with three children.

In 1995, Jason married photographer Carmen Llywelyn. But their, marriage ended in 2001.

After this divorce, Jason exchanged rings with actress Beth Riesgraf in 2001. Together, they had a son named Pilot Inspektor Lee. But this couple also separated in 2007.

Who is Jason Lee?

Jason Lee is an American film and TV actor, comedian, producer, and writer. He is also a skateboarder and photographer. He has memorable roles in TV series My Name Is Earl.

As of 2019, he is part of a movie Jay and Silent Bob Reboot. He is also giving his voice in animated series We Bare Bears.

Jason Lee was born on 25 April 1970 in  Santa Ana, California, US. His parents were Greg Lee and Carol Lee. He holds the mixed ethnicity of English, German, Swiss-German, Scottish.

Jason was known as a professional skateboarder in the late 1980s and early 1990s. In 1992, he with his fellow skater Chris “Dune” Pastras, founded Stereo Sound Agency, known as Stereo Skateboards which distributes skateboard deck.

But in 1992, he retired from skateboarding. However, his ties with this industry are still strong. He has maintained a good relationship with his fellow skateboarders.

Lee is also interested in photography. He started shooting in the 2000s. Then he published his photo book collection from 2006 to 2016. It was a hit and was declared sold out. It has 154 pages and consists of basically polaroid & fuji instant film photographs.

He has black hair and eyes. He is 6 feet 2 inches tall.