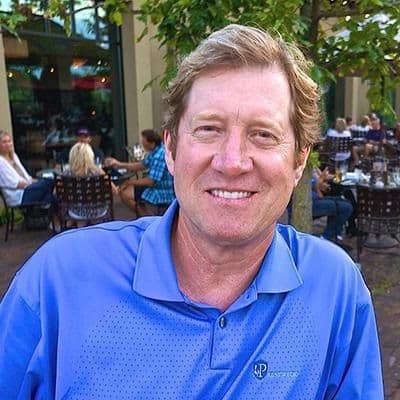 I don’t think it pays to run away from a Trump presidency.

Jason Lewis is a married man. He exchanged his vows with Leigh Lewis. The couple together has two daughters.

Who is Jason Lewis?

Jason Lewis is an American politician, political commentator, host, and writer. He is best known as a member of the US House of Representatives for Minnesota’s 2nd district.

This politician was born on 23 September 1955, in Iowa, the US with the birth name Jason Mark Lewis. His father‘s name is James. There is no information about his mother. He has two sisters.

His family-owned Lewis Motor Supply, Inc. which was their family business. Unfortunately, in the mid-80s, the warehouse was targeted for a highway project under the power of an eminent domain, and the business was closed.

He belongs to Irish and Scottish descent.

Jason began working in newly established KTLK-FM in 2007. Since then, he has become one of the most popular and frequently used guest hosts of Rush Limbaugh’s program.

The Genesis Communications Network began broadcasting The Jason Lewis Show on 8 August 2011. After the work of three years, Jason announced he was leaving the show on 31 July 2014.

Earlier, in 1990, Jason ran for congress in Colorado’s 2nd Congressional District and was defeated by David Skaggs. Afterward, in 2015, he ran for the US Congress in Minnesota’s 2nd congressional district and won four-way August primary with 46% of the vote.

He was elected to the United States House of Representatives on 8 November 2016, defeating Angie Craig, and Paula Overby. Lewis again ran against Craig and was defeated in the 2018 general election with 47.2%  to Angie’s 52.8%.

The next year, he launched the US Senate Campaign seat, now held by Tina Smith. Jason had voted with his party in 96.3% of votes in the 115th United States Congress.

Later, this politician reintroduced a criminal justice reform bill, the SAFE Justice Act. He is a supporter of the American Health Care Act and voted to repeal and pass ACA. He also voted for the 2017 Tax Cuts and Job Act.

In 2011, Lewis published his first book Power Divided is Power Checked: The Argument for States Rights.

Jason Lewis: Salary and Net Worth

Jason earns an impressive salary of $348,000 as a member of Congress. Meanwhile, according to some sources, he has an estimated net worth of $2 million.

Jason came in controversy because of his several statements. News media publicized his career including comments he made about slavery and women.

Later, in 2013, he came to controversy arguing against gay marriage comparing gay people to rapists, polygamists, and speeders. Earlier, in 2011, Lewis mocked women who claimed to have been traumatized by unwanted kissing, and sexual touching.