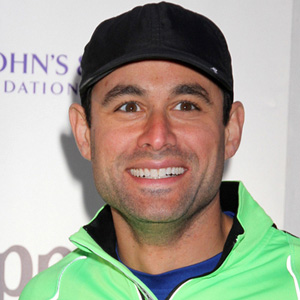 Over the last few weeks, I haven't been able to stop thinking about Molly. If I could change the way I feel... I would do that, but I can't

I get a chance to meet 25 amazing women, and I know one of them is going to be my wife

I cannot truly fall in love with somebody unless I see them with my son and unless I see my son with them, and how they interact with each other.

Reflecting on a personal life about Jason Mesnick, he is a married man. He is married to Molly Malaney on 27 February 2010 and has been blessed with one daughter Riley Anne Mesnick born on 14 March 2013.

The couple is living a happy married life having no rumor of their separation.

Previously, he was married to Hilary Wynn in 2003 but his relationship couldn’t last long and they got separated in 2007. He has been blessing with one son, Ty from this married relationship.

He was also in a relationship with DeAnna Pappas Stagliano in 2008 and with Melissa Rycroft in 2009.

Who is Jason Mesnick?

Tall and handsome Jason Mesnick is an American renowned television personality as well as an account executive.

American renowned television personality Jason Mesnick was born in Cleveland, Ohio on 5 July 1976. He is of North American ethnicity and has an American nationality.

His birth name is Jason Scott Mesnick. He was raised along with his two brothers Sean and Larry. His parents got separated when he was in his teenage.

He graduated from Lake Washington High School in 1994 and the University of Washington where he graduated with a BA in Psychology.

Talking about the career journey of Jason Mesnick, he started out his career path as an account executive in Seattle. He rose to fame when he competed in the fourth season of The Bachelorette which premiered in May 2008.

During the finale of The Bachelorette, leading lady DeAnna Pappas turned him down for Jesse Csincsak with whom she became engaged and split.

In 2009, he appeared on ABC’s The Bachelor. With his appearance in the reality, he was becoming quite famous all over the world. He was gaining fans and followers. He also appeared as a guest on Jimmy Kimmel Live!.

In 2015, Mesnick returned to reality television by appearing on the hit show Celebrity Wife Swap, where he traded lives with fellow Bachelor, Sean Lowe.

Jason Mesnick: Salary and Net Worth

Although it’s hard to put up an actual annual salary in a figure, his net worth is estimated to be $1 million. There is no doubt that he is living a luxurious lifestyle.

Unlike others, he hasn’t been in rumors but he suffered a controversy when he picked Melissa Rycroft over Molly Malaney on the show.


Jason has a height of 6 feet. His hair color is dark brown and his eye color is brown. His weight and shoe size.

Dream came true!!! Melissa Rycroft feels herself lucky enough to have the supporting and caring partner in her life