Digital Creator Jason Nash is a father of two.

Previously, he was married to Marney Hochman. However, they parted ways. Together, they have two children, Watt Nash and Charley Nash.

Last, the YouTuber was in a relationship with his fellow YouTuber, Trisha Paytas. They started dating in 2018. Sadly, they ended their relationship in February 2019. 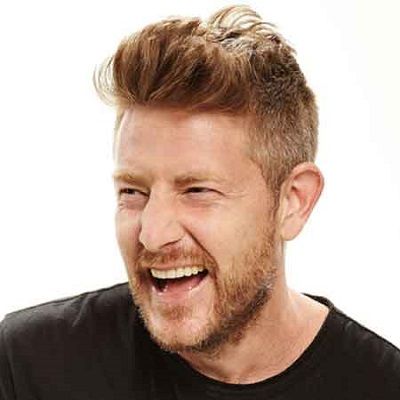 Who is Jason Nash?

Jason Nash is an American actor, director, and writer. Nash is renowned for the comedy movie Jason Nash Is Married.

He is renowned as YouTuber with his self-titled YouTube channel.

Jason Nash was born Jason Eric Nash on the 23rd of May 1973 in Boston, Massachusetts. His mother, Lorraine Nash is of British-Scottish-Irish.

On the 15th of May 2019, she married Jason’s fellow YouTuber David Dobrik in his David’s vlog. However, the marriage ended after a month.

In 1991, he graduated from Medfield High School in Massachusetts. Later, he attended the University of Massachusetts Amherst in Amherst.

At the very early stage of his career, he trained with the group, Upright Citizen Brigade. Later, he formed a group with the names Price, Nash, and Blieden. With the group, he performed at the Aspen Comedy Festival.

In 2001, he featured in See for Yourself as Katie’s Boyfriend. Prior to that, she appeared in movies and TV series like Random Play, Flusher, and Batman Beyond.

The 2009 TV comedy series, The Shaman became one of the milestones of his career. The series was his first big break by MTV. Previously, he was featured in series like 2008- Back on Toops, 2004- Cheap Seats: Without Ron Parker, and 2001- Late Friday.

Later, he featured in the TV series, Jason Nash is Married along with his onscreen wife Busy Philipps. The short comedy series entertained the audience with their domestic antics. He was a writer and producer for the series.

In 2013, he created his YouTube channel where he makes comedy videos.

In 2014, he produced the movie, Jason Nash Is Married. He is also the director and writer of the movie. The comedy movie is based on the life of Jason with a more successful wife and two young kids. Jason is serious about making part 2 of the movie.

He has also contributed voice for animated TV series. In 2013- Very Mallory, he gave voice to the character, Fernando. Last, in 2015, he contributed a voice to Southie Criminals in The Simpsons.

In 2019, he appeared as Jason in the TV series, Second Chances.

His estimated earnings through his YouTube channel are in the range of $10k-$17k US. Last, he was gifted a car by his stepfather/friend.

Nash is a blue-eyed auburn who has a fair body complexion and brown hair. His height is 5 feet and 10 inches while his body weight is unknown

Jason Tartick talks of the mayhem during the initial days of his quarantine with girlfriend Kaitlyn Bristowe!