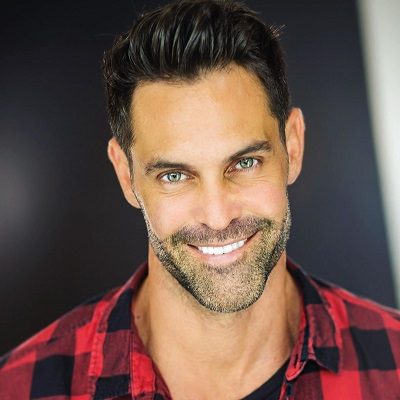 Jason-Shane Scott is an eligible bachelor in the entertainment industry. Till the date, he has not introduced anybody as his girlfriend or lover.

This secretive person has managed to keep his personal life and professional life way. He has not shared any details on his previous relationship and dating history.

American Jason-Shane Scott is an actor, producer, and writer. He is renowned as Dominic of The Wrong Student and Colton of The Sandman.

Last, in 2020, he appeared in the Fatal Affair as Travis. Next, he will make his appearance in the movie, Honeymoon in Paradise as Bridge.

Jason-Shane Scott was born on the 29th of December 1974 in Los Angeles, California. However, he has spent most of his childhood in Reno, Nevada. He is of British-Scottish-Irish ethnicity.

Till the date, he has not named his father and mother. However, he has shared a picture of her mother via Instagram. His father happens to be a school teacher. He is the youngest among two children to her parents.

His parents got separated from each other via a divorce at a very young age. After that, his father moved back to Los Angeles. Hence, he often used to visit his father in Los Angeles. In the city, he got the first glimpse in the entertainment sector.

Talking about his educational background, completed his high school education from the Wooster High School. In school, he has quite a reputation in sports.

He excelled in the three games including Basketball, baseball, and football. After High School, the various college offered him scholarships too. Still, he owns three Nevada State Records.

Jason-Shane Scott started his professional career as a model in his college days. As a model, he worked he traveled to Europe and worked for various brands including Armani, Gucci, and Missoni.

However, he was dedicated to being an actor. Eventually, he made his movie debut with Billy’s Hollywood Screen Kiss. In the romantic-comedy, he appeared in the role of Brad. After that, he started landing various minor roles in the movies like Latter Days, Dirty Deeds, and The Dying Gaul in some uncredited roles.

However, he first came in the spotlight when he appeared in the character of Will Rappaport in the TV series, One Life to Live. The show made him an instant hit and he never looked back. Later, he started featuring various movies like Le Chapeau, Walking the Halls, and Such Good People.

Apart from the movie, he also appeared in the series like The Bay, Famous in Love, and Grey’s Anatomy.

Apart from being an actor, he is also a fabulous producer and writer. As a producer, he is associated with the movies like Deadly exchange, Engaged to a Psycho, and Good Morning Murder.

Also, he has contributed screenplays to the various movie like Dying for the Crown, Deadly Exchange, and ThePerfectSomeone.com. Last, in 2020, he wrote the screenplay for Deadliest Switch.

Apart from that, he also earns through his production works too.

As of now, he has managed to maintain dignity as an entertainment personality. Till the date, he has not been through any sort of controversy and scandal that created a buzz in the media.

Jason-Shane Scott has hazel eyes and black hair. He stands at a height of 6 feet and has a decent weight.