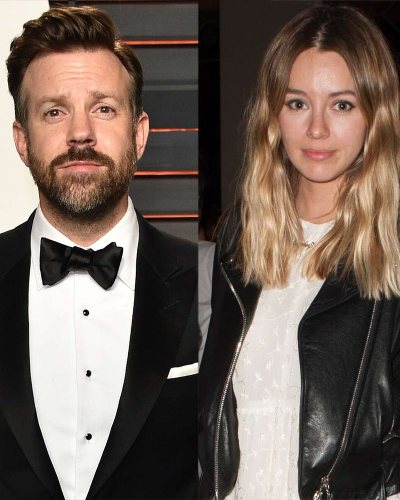 Jason Sudeikis has found love again! He confirmed dating Keeley Hazell after breaking up with Olivia Wilde. The love birds seemed cozy during their weekend stroll in New York City as they made their first appearance as a couple. On 28th June 2021, a source revealed that the two are actually dating.

In the obtained photos, he hugged his new girlfriend on their walk around the city on 27th June. The source revealed,

“They’ve been dating for a little while now. They’re just having fun. It’s nothing serious at this point.”

They were first linked in February and were suspected to be dating. But it was revealed that they had known each other for years and have been best friends since meeting at Horrible Bosses 2. Their friendship grew closer since then and they turned it into a serious relationship.

Back in November 2020, Jason ended his engagement with Olivia Wilde after nine years of dating. He took no time in moving forward in his life. Olivia also moved on with Harry Styles. Fans are bursting with excitement to find out more about the new romance of Jason and Keeley.

Jason is an American comedian, actor, screenwriter, and producer, who is most talented and energetic in his field. He was hired as a sketch writer on Saturday Night Live and was a cast member. He has also appeared on the popular television shows named 30 rocks, son of Zorn, etc. Read more bio…Jason Sudeikis