Skip to content
Married Biography
Married Biography / Entertainment / What Jason Sudeikis says about his split with fiance Olivia Wilde? A quick relationship timeline and 2021 net worth of Jason

What Jason Sudeikis says about his split with fiance Olivia Wilde? A quick relationship timeline and 2021 net worth of Jason

Posted by MarriedBiography Posted on January 10, 2021 | In Child , Net Worth , Relationship
Share this 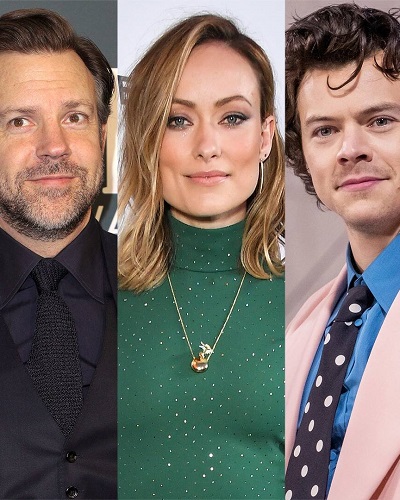 With ex-fiance Olivia Wilde being linked with Harry Styles, actor Jason Sudeikis has opened about their relationship. Jason revealed that he had no idea that Olivia wanted to be out of the relationship. They were together in the fall of 2020. It is said that everything happened after she began filming with Harry.

“Jason feels that the timeline that Olivia and Harry would like people to believe—that she and Jason split ages ago, long before she became involved with Harry—is simply not accurate. She began filming [Don’t Worry Darling] in September, and by October, he began to get the impression that she wanted out. By November, they’d announced their split.”

Jason is heartbroken since the split and was hoping to fix things. Even though they are not together, they are co-parenting their children.

“The split happened at the beginning of the year. It’s been amicable and they’ve transitioned into a great co-parenting routine. The children are the priority and the heart of the family’s relationship.”

There are news going around that Olivia is dating singer Harry Styles.

How much is the net worth of Jason Sudeikis in 2021?

Jason Sudeikis has a net worth of $20 million as per Celebrity Net Worth. He started working in Saturday Night Live as a sketch writer in 2003. His film work includes The Angry Birds, Booksmart, Next Gen, Driven, The Book of Love, Mother’s Day, Tumbledown, We’re the Millers, and more.

Likewise, her TV series work features in Ted Lasso, The Mandalorian, SpongeBob SquarePants, Double Dare, Detroiters, Eastbound & Down, and more. In the year 2014, he and actress Olivia Wilde bought a 6,500 square-foot home in Brooklyn townhouse. The 9-bedroom townhouse was for $6.5 million.

Similarly, in 2019, he purchased a Spanish-style property in the Silver Lake neighborhood of Los Angeles for $3.5 million. The house has 2,800 square feet and built in 1928.

Jason Sudeikis is an American comedian, actor, screenwriter, and producer, who is most talented and energetic in his field. He was hired as a sketch writer on Saturday Night Live and was a cast member. He has also appeared on the popular television shows named 30 rocks, son of Zorn, etc. Read more bio…