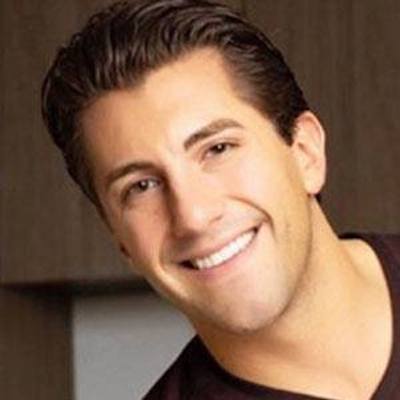 Jason Tartick is engaged to Kaitlyn Bristowe. He started to date The Bachelorette in 2019.

He surprisingly popped the question while hosting his Off the Vine podcast. Later her uploaded a video clip on his TikTok account where he asked Kaitlyn to marry him.

She was surprised and at the end of the video, she shouted yes. The ring Jason proposed to his girlfriend now-fiancee was of 5.09-carat diamond.

Who is Jason Tartick?

Jason Tartick is an American TV star, Entrepreneur, and ex-banker. He is famed for participating in season 14 of The Bachelorette.

Also, he is a podcaster and has his own agency named Restart.

He was born on 24 Oct 1988 in Buffalo, New York, United States. The name of his mother is Dale and his father’s name is Gary.

Jason’s ancestry is Caucasian and talking about his academics, he first went to Williamsville East High School and then State University of New York College at Geneseo.

Also, he enrolled at the University of Rochester – Simon Business School and obtained his MBA in accounting and finance.

Jason Tartick at present is with his founded consulting agency called Restart. It was created in Jan 2020 and deals in creating careers and finances. This firm has over 100k followers on Instagram and over 10k subscribers on YouTube.

Before this, he was employed at Key Corporate & Commercial Bank as Vice President. He joined the bank in May 2010 and worked till Jan 2020.

But Jason’s fame is linked with The Bachelorette as he has competed in its 14th season. But he did not win the heart of Becca Kufrin and was dumped by her.

He also briefly appeared in other Tv shows like Good Morning America, Celebrity Family Feud, Listen to Your Heart, Bachelor S23, and more.

At present, his estimated net worth is around $500 thousand. However, his salary and other earnings are unknown.

This TV star is keeping himself away from rumors and is also not surrounded by any desperate scandals.

But recently he exchanged rings with Kaitlyn has grabbed the media’s plus public’s eyes.

Regarding Jason Tartick’s body features, his height is 5 ft 9 inches and his body weight is 72 kg.

Moreover, his eyes are black and his natural hair color is black.