Who is Jonas Thompson married to? 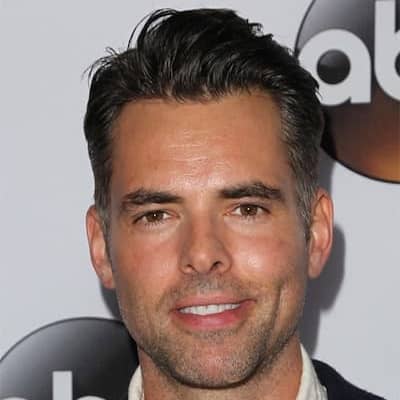 Who is Jason Thompson?

Jason Thompson is a Canadian Actor.

Jason was born on November 20, 1976, in Alberta, Canada. He is 45 years old as of 2022. He is the son of Chuck Thompson and Sharyn Thompson. As per sources, he has one sibling named Mark Thompson.

His birth name is Jason Craig Thompson. Talking about his nationality, he holds a Canadian identity.

Furthermore, he has not shared any details regarding his educational qualification.

Model scout Kelly Streit of mode models noticed him while he was working at a café in Edmonton, Alberta, when he was 16 years old.

Thompson left home at the age of 18 to pursue a career in runway, print, and commercial modeling. The three Gap TV commercials he made with director Pedro Romhanyi in 1999 are among his most well-known ad campaigns.

Even though modeling paid the bills and allowed Jason to travel extensively, he admits that becoming an actor was always in the back of his mind.

Thompson collected a variety of television, film, and theater credits within a few years after committing to an acting profession.

He’s played the lead in plays like The Academy, More Than You, and Jakob. Thompson appeared in the films Wishmaster: The Prophecy Fulfilled and Divide.

Thompson has been in guest parts on episodes such as Felicity, Flipper, and Castle.

Thompson swapped places with a first-grade teacher for a day in Irving, Texas, as part of ABC’s Fan February promotions in 2007.

Thompson announced his departure from General Hospital in October 2015. On January 7, 2016, he made his farewell appearance.

Thompson was cast as Billy Abbott on The Young and the Restless in December 2015, and he made his debut appearance on January 14, 2016.

Jason’s exact salary and net worth have not been disclosed yet.

However, as per sources, his net worth is estimated to be around $1million-$5million.

Jason has not involved himself in any kind of controversy and keeps himself away from all the unwanted rumors and scandals.

Jason has a tall and slim body. He stands tall at a height of 6 feet and 3 inches and weighs around 110kgs.

He has a fair skin complexion with Black colored hair and Light Brown eyes.