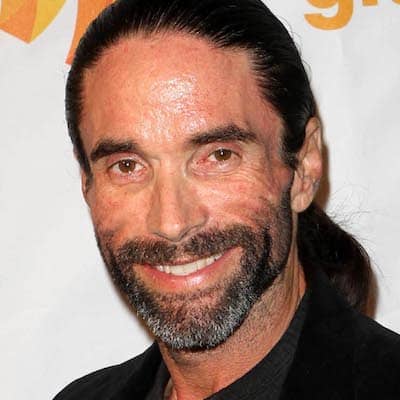 Overcoming adversity is the key to my success. Never take no for an answer. It's all about the work.

What is the relationship of Jasper Cole?

Jasper Cole is a married man living with his wife. He exchanged vows with D Turrone on 29 September 1997.

Being a private person, he has not shared the details of his wedding or affair.

Together this lovely couple has not welcomed any children yet. They manage their time between Palm Springs and Georgia.

Who is Jasper Cole?

Jasper Cole is an actor, producer, and writer of American nationality who has done theatre as well as TV commercials too. Jasper Cole is primarily known for his projects like The Family Business (TV Series), Funny or Die Presents… (TV Series), etc.

He will be seen in A Miracle Before Christmas as James Maxwell and Sallywood as Hank which is in the post-production stage.

For his amazing acting, he won the Drama-Logue Award in 1994 plus was nominated for GLAAD Award in 1996. Recently in 2022, he was seen playing a character named Steve in the thriller movie “Fall“.

His actual birthdate is not revealed and he was born in Athens, Georgia, the United States. The name of his mother and his father’s identity is unknown.

Further, Jasper’s ancestry is Caucasian and as per his academics, he might be a college pass-out.

Jasper Cole is a successful actor who debuted with the movie Tennessee Stallion as Josh in 1982. He is famed for his acting skills shown in The Family Business (TV Series) as Cory Black and Prom Queen (TV Series) as Josh’s Stepfather.

Some of his other noted roled TV shows are,

Jasper’s featured movie credits with their release year are,

He as a writer briefly contributed to two TV series titled Sparks and The Edge. Also, he has produced several episodes of One on One with Jasper Cole, The Church of Mike, Bronx SIU, On the Set W Jasper Cole, and more.

By the reports of 2022, Jasper Cole has an estimated net worth of $4 million which he collected from his work. He has a total of 116 acting credits as of this writing.

This cast of Fall (movie) is keeping himself away from scandals along with desperate rumors.

Jasper Cole’s height is 5 ft 8 inches and his body weight is of decent shape. Furthermore, he has dark brown hair and his eyes are dark brown in color.

Also, he is staying close to Instagram where he has around 122k followers. A video of his movie Fall which was posted on IG on 13 Aug 2022, is loved by the viewers.