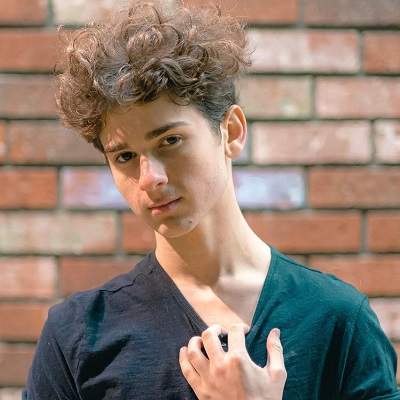 Jax Malcolm’s current relationship status is possibly single. He has not introduced anybody as his girlfriend or partner.

Who is Jax Malcolm?

American Jax Malcolm is an actor, director, producer, and competitive swimmer. Jax Malcolm is renowned as Jason of Crazy Ex-Girlfriend, and Oliver of The Other Side of the Door.

Last, in 2019, he appeared in the short movie, Jingle Trails as Tyler.

Next, he will be appearing in the TV series, Sketch on the Green as Tad. The movie is in pre-production.

Also, his upcoming documentary, COVID-19 is in pre-production. Also, he happens to be the producer of the short documentary.

Jax Malcolm was born on 12th July 2003 in West Covina, California, United States. He is of Irish-Scottish ethnicity.

To date, he has not shared any details on his family background including his father, mother, and siblings. However, he shares a very strong bond with his parents.

Since his childhood, he has a very strong attachment to acting. At five years old, he asked his parents why he was not on Television. At the time, his parents answered that he needs an agent for that. Also, they told him that they can hire an agent for him.

As per his desire, his parents hired an agent which led him to his first acting role in Smart Power PSA.

Following the role, he made his appearance in the TV series including The Birthday Boys, Comedy Bang! Bang!, and Kroll Show in some minor roles. Besides that, he featured in short movies like Grooming, Sauna, and A Real Gangster.

Recently, in 2020, he expanded his career as a producer with the TV special, #GENZ20: QuaranTEEN Virtual Summit. After that, he produced other TV specials including The ENT Bash, ENTbash: Living in the Limelight, Disabling Dangers, and so on.

In the year 2021, he will be releasing the Documentary Short, CIVID-19 Diaries, and Gen Alpha Summit.

Besides acting, production, and direction, he is also a singer. He released his first EP, ax Malcolm Holiday EP that was released on iTunes Store and Amazon Music.

Also, he happens to be a competitive swimmer and lifeguard. He has also qualified for the junior level Olympics.

Apart from that, he also earns through as a director and production work.

Jax Malcolm has dark brown eyes with brown hair. He stands at a height of 5 feet 8 inches and weighs around 60 kg.

As of 2020, he has not been involved in any sort of controversy and scandals that created headlines in the media. Besides that, he also managed to maintain distance from any type of rumors.

On Instagram, he is following the personalities like Jonathan Entwistle, Shane Hartline, and Andrew Zimmern. Also, he has 13.8k followers on TikTok.