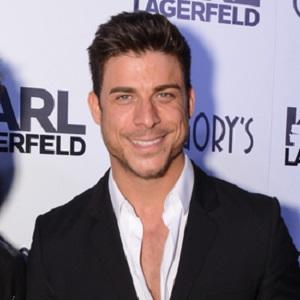 What is the relationship of Jax Taylor?

Tall and handsome Jax Taylor is a married man.

He is in a relationship with the American reality TV star Brittany Cartwright since 2015. The couple began dating each other during their starting days on the Bravo reality series Vanderpump Rules.

The couple got engaged on June 7, 2018. The pair married on June 29, 2019, in Kentucky. The couple announced that they were expecting their first child due in April 2021.

Jax is a good friend of the famous American actor and dancer Channing Tatum. He used to live with Channing in his past.

Who is Jax Taylor?

Jax Taylor is an American reality TV star and model.

He is best known for his starring role in the Bravo reality series Vanderpump Rules, where he is frequently seen as a bartender working at Sur Restaurant. He is a former United States army.

What are the birth facts of Jax Taylor?

Jax was born on July 11, 1979, in Shelby Township, Michigan, United States. His nationality is American and he is of North American ethnicity.

His birth name is Jason Michael Cauchi. He is the son of American parents Marie Cauchi and Ronald Cauchi. He has a sister named Jenny Lynn Cauchi.

There is no exact information about how Jax began his career. Before becoming a reality star, he served several years in the United States army.

He also worked as a bartender in a restaurant. He has modeled for several magazines and ad agencies.

Jax rose to fame when he began appearing in a starring role in the Bravo reality series Vanderpump Rules.

In the series, he is frequently seen as a bartender working at Sur Restaurant. There is no further information about his career and work.

Jax Taylor: Salary and Net Worth

His income, and salary,  have not been revealed yet to the media. Jax Taylor has a net worth of $1 million as of 2022.

How tall is Jax Taylor?

Jax Taylor has a height of 6 feet. His body weighs 85kg.

She has dark brown hair and brown eyes.