Jaxson Hayes is an American basketball player who plays for New Orleans Pelicans.

Jaxson Hayes might be currently single. Apart from rumors, he has not been linked with any other girls. He is currently busy in his career. Also, he has not disclosed anything about his past relationship. 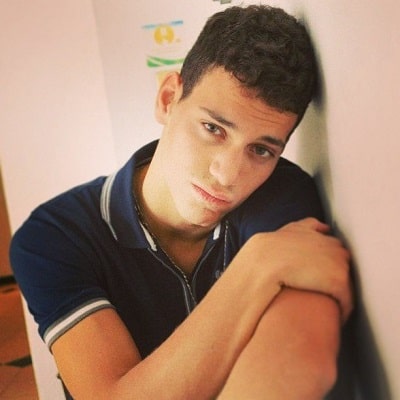 Who is Jaxson Hayes?

Jaxson Hayes is an American basketball player who plays for New Orleans Pelicans of the National Basketball Association (NBA), having played college basketball for the Texas Longhorns.

He was born on May 23, 2000, in Norman, Oklahoma, USA. His birth name is Jaxson Reed Hayes. He was born to his mother Kristi Hayes, a former Drake University basketball player, and father Jonathan Hayes, a former NFL player, former Cincinnati Bengals tight ends coach, and current Head Coach of the St. Louis XFL team. He considers his mother as his strength.

Jaxson holds American citizenship and his ethnicity is Caucasian.

He joined Moeller High School and later joined the University of Texas to play college basketball.

He grew almost a feet as a senior in high school and averaged 12 points, seven rebounds, and 4 blocks per game in his senior year in high school. In addition, he played for the Texas Longhorns in the 2018-2019 season when he was at the University of Texas in 2019.

Moreover, he was selected by the Atlanta Hawks in round 1 with the 8th overall pick on June 20, 2019, in the NBA draft. After that, he was traded to New Orleans Pelicans and the process was completed on July 7, 2019.

He must have accumulated a huge sum of money from his career however, he has not revealed his exact salary and income. As of 2022, he has an estimated net worth of $1-5 million.

There was a rumor that he dated Camryn Olson, a softball player at Hillsdale College but neither of them confirmed the rumor.

Jaxson Hayes has dark brown eyes and black hair. He has a height of 6 ft. 11 inches and weighs 99 kg. His shoe size, dress size, etc. are not available.