Jay Barker is an American radio personality on Birmingham Radio. 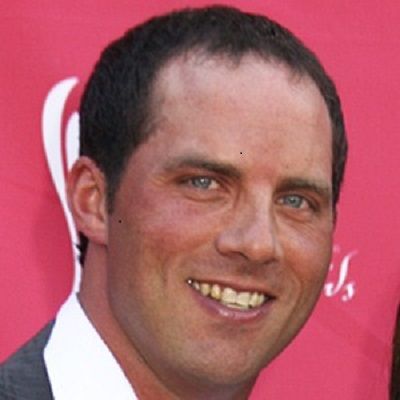 "Sara is my biggest fan and I'm hers," Barker says. "As great as she is at music, she's even better at being a mom and wife."

Jay and Sara invite you to their Mountainbrooke Home and into their life in Birmingham, Alabama.

Previously Jay was married from 1995-2007 to Amy DiGiovanna.

Who is Jay Barker?

Jay Barker is an American radio personality on Birmingham Radio. He is the winner of the Johnny Unitas Golden Arm.

Jay Barker retired from professional football as a quarterback in 2001 and today is an analyst for ESPN Radio.

Jay Barker was born on July 20, 1972, in Birmingham, Alabama, USA. He is 49 years old. He graduated from Hewitt-Trussville High School, Trussville, Alabama in 1990, where he began his career as a quarterback and a defensive back.

Later on, he played college football at the University of Alabama, under head coach Gene Stallings. In 1998, Jay signed up with the Toronto Argonauts, the Canadian Football League of Canada.

Jay played for three seasons with the Toronto Argonauts. In 2001, he joined the Birmingham Thunderbolts for the XFL.

Jay’s alma mater, the University of Alabama, and the team fondly reminisce his stay there. It was Jay who leads the University team to a victory that ended a 13-year football drought. Jay’s team won the 1992 National Championship, the first in a long time after Bear Bryan.

You may also want to watch The Jay Barker Show. It broadcasts live every Wednesday at noon, 2 PM. Enjoy!

There is no information regarding his salary. However, he has an estimated net worth of $7 million as of 2021.

You may also want to read the lives, relationships, and biographies of Brad Green (footballer) and Jared Goff