Jay Cutler Opened Up About His Dating Life After His Divorce With Kristin Cavallari! 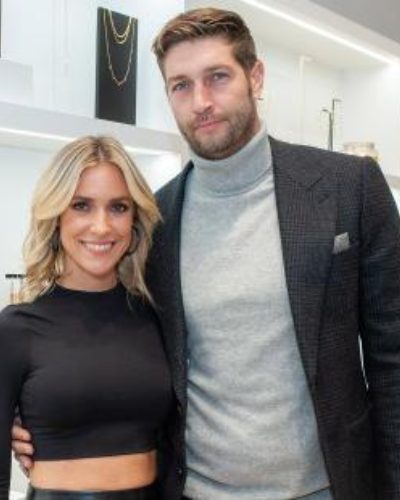 Ex NFL star Jay Cutler recently revealed he is trying to get back in the dating game. However, the athlete revealed it is not easy for him to date someone after his divorce from Kristin Cavallari. Though he has been single for more than a year now, he hasn’t had his luck in the dating department yet. Recently, during a podcast, the former NFL star opened up about his dating life in a podcast Uncut With Jay Cutler podcast.

Cutler opens up about his dating life

The former NBA star and his ex-wife ended their relationship after 10 years of togetherness. After the split, the athlete is having problems getting back on the dating game. He has three children 9-year-old son Camden, 7-year-old son Jaxon, and 5-year-old daughter Saylor with his ex-wife. Meanwhile, Kristen is asking for the physical custody of their children and also seeking child support. However, she wants Jay to visit them only if he pays for the children’s health insurance and life insurance policy.

“It’s hard as hell, really. Meeting people is hard. I think finding out what people really want from you; I think that’s probably an issue.”

Moreover, he also took out the frustration of his dating life mentioning how his priorities have changed. He now thinks the woman who catches his eye would be the stepmother to his children too. Moreover, he also opened up about the fact that he has realized the world for him now isn’t about casually meeting someone and dating them. He also explained:

“The whole landscape has changed. There are apps, there’s Twitter, there’s Instagram, it’s a whole different ball game. You’re not just walking into a restaurant or bar and talking to somebody. That doesn’t exist anymore.”

He became candid about his dating life after he joined the dating app ‘Raya’. His profile allegedly mentions he is looking for a friend after his divorce from his wife. Before joining the app, he was in headlines for the rumors of his and Madison LeCroy’s alleged romance.