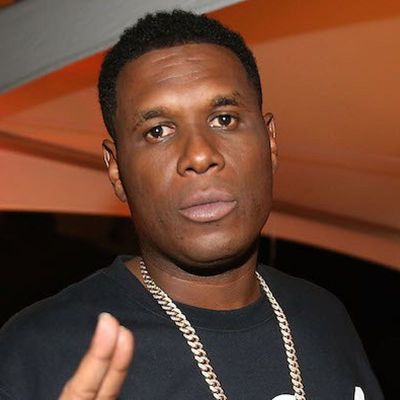 Talking about his relationship details, Jay Electronica was in a relationship with Erykah Badu. Badu is a well-recognized American singer, songwriter, record producer, and actress. The couple started dating in January 2004.

Moreover, they welcomed their child as a daughter named Mars Merkaba Thedford on 1 February 2009. Sadly, the past couple split up in April 2009 without any unclosed reasons. Jay had affair with Kate Emm Rothschild who is the wife of Benjamin Goldsmith.

It resulted in the breakdown of Goldsmith’s marriage.

Who is Jay Electronica?

Jay Electronica is a well-recognized American rapper, record producer, songwriter, and singer. Electronica is widely famed for her debut mixtape, Act I: Eternal Sunshine(The Pledge) in 2007, and was signed to Jay-Z’s record label Roc Nation in 2010.

Moreover, his debut studio album, A Written Testimony was released in 2020 which also gained high attention.

Jay Electronica was born on 19 September 1976. At present, his age is 44 years old. Likewise, his birthplace is New Orleans, Louisiana, the USA.

Not much is known about his father and mother’s details, Jay has been secretive towards his family details. Moreover, she has not mentioned her sibling’s information in the public.

Talking about his nationality, Electronica holds an American identity whereas his ethnicity is All-American.

Regarding education, the rapper attended the all-boys parochial high school St. Augustine high School. Later, he accepted the teaching of Elijah Muhammad via the Five-Percent Nation.

Professionally, Jay released his first official mixtape, Act I: Eternal Sunshine(The Pledge) in 2007 via MySpace. It gained high attention as it was downloaded over 50,000 times. That success led him to join the Rock the Bells Tour in the year 2008.

In the same year, the rapper alongside producer Just Blaze selected songs for Guitar Center’s GAIN project, Fresh Cuts Vol. 3. In 2009, Electronica debuted Exhibit C on Tony Touch’s Sirius Radius program where he featured on radio stations such as New York’s Hot 97, and spawning artist remixes from MCs, Saigon, Joell Ortiz, and so on.

Freshly, Jay announced the completion of his album, A Written Testimony on 7 February 2020 via Twitter. It was recorded over a 40-day period. Likewise, the album was released on 13 March 2020.

He then declared that his old unreleased album, Act II: The Patents of Nobility was available on Tidal on 5 October 2020. also, the rapper featured on the song, Jesus Lord published on Kayne West’s album, Donda in August 2021.

A famed artist, Electronica has earned a handsome amount of money from his profession. He has been active in his profession from the year 2007 till now.

It is reported that Jay Electronica has an estimated net worth of $8 million. He lives a luxurious lifestyle along with his family.

However, the rapper has not disclosed his exact salary, earnings, and assets details till now.

Jay has never been part of any controversial matter or rumors till now. The rapper has been preoccupied with his professional and private life.

It seems that Electronica prefers enjoying his personal life and does not want to merge it with his professional life.

44 years old rapper, Jay has handsome looks and an admirable personality. He stands at a height of 5feet 10inches. Also, he has a balanced bodyweight of 85 kg.

Furthermore, Electronica has dark brown eyes whereas his hair is black.

Nevertheless, the popular rapper has never mentioned other physical details in the public yet.

Regarding his social media presence, Jay Electronica is an active personality on social media. Jay has more than 244k followers on his official Instagram account @jayelectronica.

He is also active on Twitter with around 372.2k followers.

Moreover, Electronica is also available on Facebook with nearly 217k fans and supporters.