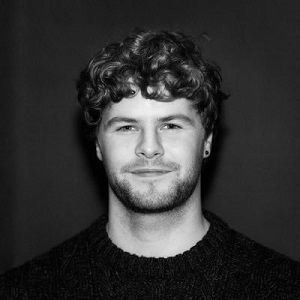 Success is the best form of revenge.

sometimes someone just says something and it catches you off guard.

Be yourself, don't worry about what others think of you and let go.

Many of Jay McGuiness fans especially females are keen to know about his relationship, linkup, and breakup. This tall and handsome hunk, McGuiness so, for now, is single. If he is in any relationship or he has a girlfriend then he has not revealed and made public yet. However, he is enjoying his single life and let we hope he will soon make a girlfriend and there will some gossip for us to talk in the near future.

Who is Jay McGuiness?

Jay McGuiness is a British singer, dancer, and songwriter and best known as a vocalist of by band ‘The Wanted’. Furthermore, he has won the 13th series of BBC’s ‘Strictly Come Dancing’ and the first series of ‘Celebrity Hunted’

McGuiness was born on July 24, 1990, in Newark, Nottinghamshire. He has attended the Charlotte Hamilton School of Dance in Newark. Later he joined the renowned Midlands Academy Of Dance and Drama in Carlton. he has twin  a brother along with other three siblings but there is no information on his parents.

He is of British nationality and of Scottish-English ethnicity.

Also read: Biography of Bruno Tonioli and his early life, childhood, career, relationship and many more.

Jay McGuiness was one of the fifth members of an Anglo-Irish band ‘The Wanted’ in 2010., With this band, he achieved greater height in his career. The band’s debut single “All Time Low” tops the UK chart in 2010 followed by hit singles like ‘ Glad You Came’, ‘ Heart Vacancy’ and ‘Lose my Mind. Later they disbanded in 2014.

After the split up from the band he pursues his career in dancing and became the celebrity contestant in the BBC’s ‘Strictly Come Dancing’ with fellow professional dancer ‘Alina Vilani’ on 24 August 2015. With his hard work and dedication, he gave many jaw-dropping and mesmerizing performances in the show and became eventual winner of the competition. This was followed by a series of inclusion in TV shoes like, ‘Big The Musical’ (2016) and Celebrity Hunted (2017).

He has an estimated net worth of around $8 million.

Many of fans and critics are in a queue to get some spicy rumors and controversy of celebrity. However, Jay McGuiness is far from controversy and rumors.

Also read: Biography Artem Chigvintsev of and his early life, childhood, career, relationship and many more.

He stands 6 feet 1 inch tall and weighs around 82 kg. Furthermore, he has light brown hair and blue eyes.

Jay McGuiness is highly active o social media and boasts a huge number of fan following. He has over 118k followers on Facebook, over 791k followers on Twitter and over 184k followers on Instagram.