Best known for his cast of Saturday Night Live. He is currently single.

Previously, he was rumoured to have an affair with Kat Graham in 2015. 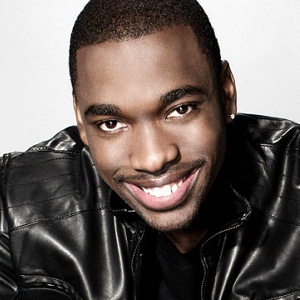 In the clubs, it's all out and you can say whatever as the character. TV has standards

Who is Jay Pharoah?

He is best known for his cast of Saturday Night Live.

He was born Jared Antonio Farrow in Chesapeake, Virginia on October 14, 1987. He was born as a premature child. His twin was passed away at the time of birth.

Pharoah’s ethnicity is All-American and has a sibling named Shaina Farrow. His parents‘ details are not available.

In 2005, Pharoah graduated from Indian River High School, Chesapeake. Then he studied business and graduated from Tidewater Community College and Virginia Commonwealth University.

In his early teens, Jay performed in comedy in clubs and theaters around Virginia. Likewise, He went touring with Corey Holcomb and Chris Murphy, the brother of Eddie Murphy. Pharoah started doing celebrity impressions, including Will Smith, Eddie Murphy, and Jay-Z through those times.

He mimicry Barack Obama and posted it on YouTube which became viral in 2008. After two years of hard work, in 2010, he was hired by SNL for the 36th season as the featured player.

In 2010, he appeared in a series of segments on BET.  Months later, he joined the cast of Saturday Night Live as a featured player at 22 years old and was the first African-American cast member to appear on the series since Kenan Thompson joined in 2003.
Pharoah has also appeared in several feature films. He played a small role in the 2012 independent movie Lola Versus.

Once, he was rumored that he slammed the show ‘Saturday Night Live’ after his departure from the show. But this false news was denied by this comedian.

Jay Pharoah has a dark brown eye color and has black color hair. He is 6 feet 1 inch tall and weight is 83 kg.