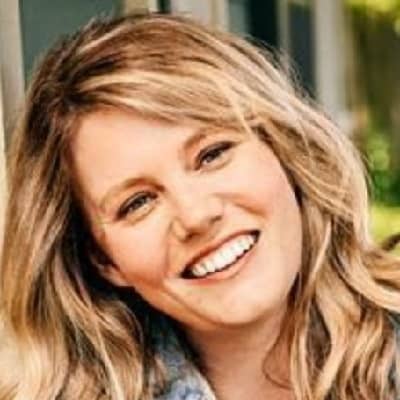 “We live in a world where we rarely speak out and when someone does, often nobody is there to listen.”

“Hearts become attached as easily as they become broken and our minds are left sifting through the pieces, which I fear take a lifetime to put back together to achieve any form of acceptance.”

What is the relationship of Jaycee Dugard?

Jaycee Dugard hasn’t married yet. However, she is the mother of two daughters named Angel Dugard and Starlet Dugard. Their biological father is Philip Craig Garrido.

Philip is a kidnapper of Dugard who raped her repeatedly and impregnated her twice. He kept Dugard in captivity for 18 years in a backyard shack at his home.

Her first daughter was born in August 1994. Similarly, after three years of gap, she gave birth to her second daughter on November 13, 1997.

After Dugard was released from Garrido’s imprisonment, she retained custody of her children.

Who is Jaycee Dugard?

Jaycee Dugard is renowned as a kidnap survivor and author. She is best known for her memoir, ‘A Stolen Life’, a story of her kidnapping and eighteen years of captivity.’

Also, she is the founder of The JAYC Foundation, Inc., an organization that helps families who survive major life traumas.

Jaycee was born on May 3, 1980, in Anaheim, California, USA. Her full name is Jaycee Lee Dugard. She holds an American nationality unfortunately her ethnicity is unknown.

Jaycee is the daughter of Kenneth Slayton and Terry Probyn. Her mother remarried Carl Probyn with whom she was never closed.

On June 10, 1991, Dugard was kidnaped from a street while walking to a school bus stop. Her stepfather, Carl saw the abduction and tried to chase the van to rescue Jaycee, but he couldn’t keep up.

There were four witnesses who saw Jaycee getting kidnapped and they immediately called local authorities, who were served by the FBI in their search for Dugard. However, they also failed to detect the kidnapper.

When Dugard was kidnapped, she was just 11 years old at that time. She was kidnapped by Phillip Garrido and Nancy Garrido and for 18 years she was kept in captivity. They also changed her identity and named her Allissa.

During the time, she was sexually and verbally abused by Phillip who also raped her repeatedly, which resulted in two pregnancies.

On August 24, 2009, Phillip Garrido visited the campus of the University of California Berkeley with Dugard’s two daughters to inquire about holding a religious event.

At that time, their unusual behavior sparked an investigation and had a background check.

And revealed that Garrido was on parole for kidnapping and rape and was a registered, sex offender.

On August 26, 2009, Garrido and his wife confessed to their crime, enabling Dugard to reveal her true identity.

Then, they were arrested by police and charged with 29 felony counts, including rape and false imprisonment.

After being abducted for more than 18 years, Dugard was eventually released from that prison and started her new life with her daughters.

She reunited with her mother, Terry, and started living together in South Lake Tahoe, California.

Similarly, she published an autobiography, ‘A Stolen Life‘, a story of her kidnapping and eighteen years of captivity in July 2011.

Then, she wrote her second book where she described her experiences after years of Captivity.

Her second book’s titled is ‘Freedom: My Book of Firsts‘ published in July 2016.

Currently, she is involved with the Jayc Foundation, which purpose is to be of service to individuals and families that have experienced a severe crisis, challenge, or conflict through a major life disruption.

She is also the founder and president of the organization additionally, Terry Probyn, Nancy Seltzer, Stephen Hann, Michael Ullman, and Tina Schultheiss also collaborate with her.

On March 9, 2012, Dugard was awarded a Lifetime Leadership honor at the third annual ‘The DVF Awards’ for her courage and worked in JAYC Foundation.

How much is the net worth of Jaycee Dugard?

Moreover, her current salary and yearly income are still under review. As of 2022, her estimated net worth is $17 million.

When Jaycee was kidnapped she stands at the height of 4 feet 7 inches tall and her weight is around 80 Pounds.

But, her current body measurement is unknown including height, weight, and others.

Furthermore, she has blonde hair color with blue pair of eyes.