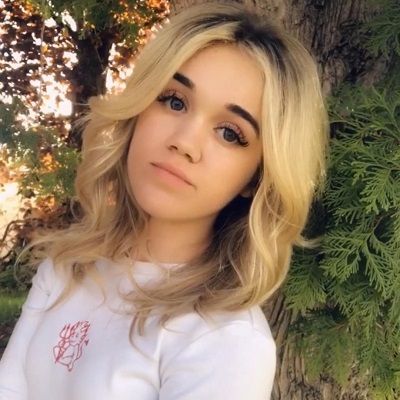 She is left-handed and yellow is her favorite color as happy and bright color helps to lift her mood.

Who is Jaycie Nicole Memmott?

Jaycie Nicole Memmott is an American social media personality. She is known for her videos on social networking site Tik Tok.

She was born on 15 Aug 2002 in Salem, Utah, United States. Her mother’s name is Michelle L. Memmott and her father’s name is Ryan Harold Memmott. She has an older sister named Cierra Michelle Memmott.

Jaycie suffered from infant familial seizure syndrome when she was only 5 days old. But that seizure has never happened to her since then.

Her educational background is not disclosed. But she has won several cheerleading competitions with her school’s team.

Jaycie Nicole Memmott is very popular on social media Tik Tok. She mostly uploads hilarious lip-sync and comedy videos on her account jaycie_nicole which was created in Sep 2017. These videos are loved by more than 1.7 million followers.

She also has her own Youtube channel which is subscribed by more than 6.75k subscribers. She first used her channel on March 11, 2014.

Talking about Jaycie Nicole Memmott’s body features, she has blue eyes and blonde hair. She has a height of 5 feet 6 inches and a weight of 55 kg.

Jaycie joined the Facebook page was created in Oct 2018 and has over 110 followers.

Her Instagram has more than 15k followers and around 227 posts. She usually posts photos and videos of her. She is not active on Twitter.