Renowned for the album, The Real Jumpman 23. 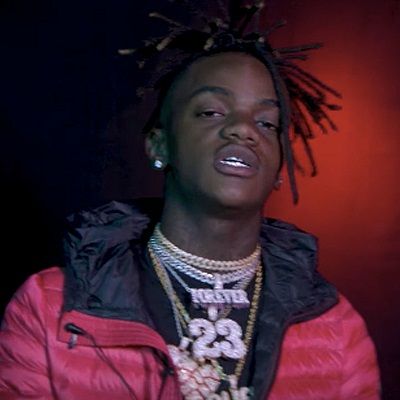 JayDa Youngan is in a relationship. However, his girlfriend’s name is not revealed yet. They have been constantly posting their photos on social media which shows that they are very much happy with each other.

His Instagram post on the 4th January 2020 suggests that they are taking their relationship at the next level. Currently, they are expecting their first baby boy.

Who is JayDa Youngan?

JayDa Youngan is an American rapper. Youngan is renowned for the album, The Real Jumpman 23.

Currently, he is on the tour. Next, he is appearing on the 25th of January 2020 at Bank Nightlife, Mobile.

JayDa Youngan was born on the 15th of July 1998 in Bogalusa, Louisiana. He is of British-Irish ancestry.

– He was influenced by music at a very early age. For two years, he struggled for two years. After that, On the 16th of November 2017, he released his debut album, The Real Jumpman 23 under the recording label, Ruffwayy. Altogether, there are 13 tracks that were the big hit.

– After the massive hit of the album, in 2018, he released his singles like, Life After Fame, Taking Off which was also a massive hit as his previous album. In the same year, he released albums like Wake Up, Forever 23, and 23.

– Last, on the 11th of October 2019, he released his latest song, Misunderstood that consists of 19 tracks which include 23 Island, Shooters, Survive, and Love You.

He also has a self-titled YouTube channel with 745k subscribers with 327 million views.