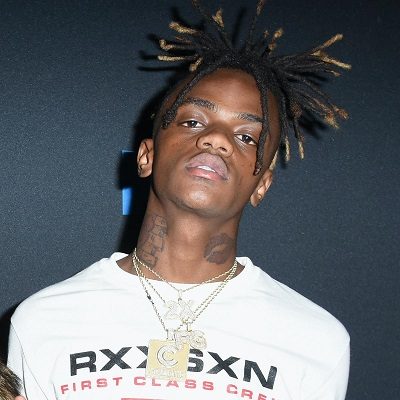 What is the relationship of JayDaYoungan?

JayDaYoungan is an unmarried man. However, he is not single. He is in a relationship with Jordan B. His girlfriend, Jordan is the owner of the fashion band, Jordan B. Beauty.

To date, he has not shared any details on their dating history. However, the rapper shares their moments with his fans in time and while. Together, they are blessed with a son, Baby 23 Jr.

As of now, the rapper is enjoying his family life as a parent.

JayDaYoungan is a rising rapper and songwriter. He is renowned for singles likes 23 Island which has more than 42 million plays on SoundCloud.

Last, in 2020, he launched his latest album, Baby23 under Atlantic Records.

JayDaYoungan was born Javarious Scott on the 14th of July 1998 in Baton Rouge, Louisiana. He is of British-Irish-Scottish ethnicity.

Till the date, he has not shared any details on his family background including her mother, father, and siblings. Since his childhood, he was in love with music.

He grew up listening to the music of rappers including Kevin Gates, Lil Boosie, and Lil Wayne.

Moving forwards, he dropped out at the school in grade 12 to pursue her career as a rapper.

JayDaYoungan made his entry into the music world during his teen days and struggled for a couple of years. Later, in 2017, he released his first mixtape, Ruffwayy which gave regional recognition as a singer.

After that, he released the song, Interstate which earned more than 4 million views on YouTube.

Moving forward, in November 2017, he launched the album, The Real Jumpman 23 under the recording label Ruffwayy. In the following year, he released the mixtapes; Wake Up, Taking Off, 23, and Forever 23.

In 2019, he launched the first album of the year, Endless Pain under the Ruffwayy & Atlantic recording labels that peaked that 70th position in the US chart.

The same year, he dropped his mixtape, Misunderstood that received Platinum certification from RIAA. The album also included the title track 23 Island more than 42 million plays on SoundCloud.

On the 3rd of January 2020, Billboard named him at the 36th position on its’ Emerging Artists Chart

Last, on the 5th of June 2020, he launched his debut studio album, Baby23 that includes 23 songs with a duration of 59 minutes.

Besides that, his music tours and royalties of his music are the major sources of his income.

In 2019, he was accused to be involved in the assault on a pregnant woman. Later, when the police raided his home, drugs including Promethazine and Oxycodone, $24,000 cash, and multiple firearms were seized.

Later, he was arrested from his attic in charge of assaulting a pregnant woman and illegal drug possession. However, he got bail worth $20,000.

JayDaYoungan has black eyes with black eyes. His height is 5 feet 10 inches and weighs around 68 kg.

Also, he is passionate about his tattoos too. He has inked the number 23 on his chest and an angry bull on his left arm.

Also, he has other tattoos too that have significant meanings to him.

He also has a self-titled YouTube channel with more than 1.16 million subscribers and around 461 million likes.

Also, he is active on SoundCloud with over 213k followers.

You may also read the bio of Syl Johnson, Josh Swanks, and Chynna Lee.