Jayma Mays is an American actress and singer. She is married.

Jayma Mays met her husband in 2007 with Adam Campbell on the set of the epic movie and they got married on 28 October 2007.

This couple had their first son Jude Jones in August 2016. 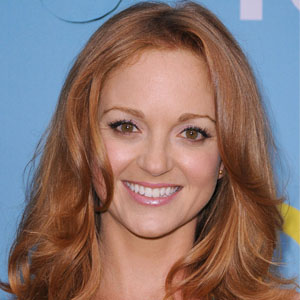 I was really across-the-board, like a nutcase. I had no idea what I wanted to do with my life, so I just did everything. I was even part of FHA, Future Homemakers of America. How lost was I?

This morning I was laughing at my cat who was running up the stairs and slipped, and pretended like it didn't happen.

Who is Jayma Mays?

Jayma Mays is an American actress and singer. She is known for playing Emma Pillsbury on the Fox musical series Glee.

She was born in Bristol, Tennessee. She is the daughter of Susan Paulette and James Edwin Mays. Her father was a high school teacher at Grundy Senior High School for 7 years.

She was raised in Grundy, Virginia, with her older brother and sister. Her ethnicity is Mixed(English, Scottish, Welsh, and German).

At the early age of 15, she was offered a job working on the local radio station reading the obituaries. At school, she also was interested in singing. She graduated from high school in 1997.

She then went on to get an Associate degree from Southwest Virginia Community College. She then did a year at Virginia Tech, transferring to Radford University. After earning her degree in theater in 2000 she moved to California.

Jayma Mays first started out with an internship with actor Timothy Busfield, of the television series Thirtysomething (1987).In 2004, she had her screen television debut on Joey (2004).

Her first feature film came, a year later, in Red Eye (2005). Her breakthrough role came when she won the role of “Emma Pillsbury” on the hit show, Glee (2009).

In August 2014, Mays helped to raise awareness of the disease ALS by participating in the Ice Bucket Challenge.

Her salary is still unknown but her net worth is estimated at around $3 million as of 2022.