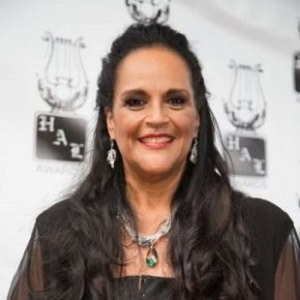 Jayne Kennedy has been married twice in her life. Her first husband was actor and writer Leon Isaac Kennedy.  They got married in 1970. After 12 years of their marriage, they divorced in 1982. After that, she married her second husband, actor Bill Overton in 1985. The couple has three daughters Savannah Re (born. 1985), Kopper Joi (born 1989) and Zaire Ollyea (born. 1995). Bill has a daughter named Cheyenne (1982) from his previous marriage. Jayne and Bill have been married for over three decades now and their relationship is going very well.

Who is Jayne Kennedy?

Jayne Kennedy is an American television personality, actress, and model. In addition, she is also a corporate spokeswoman, producer, and writer. Moreover, she is a public speaker, philanthropist, beauty pageant titleholder, and sports broadcaster.

She is famous for her performance as Julie Winters in the 1981 film Body and Soul. In the 1980s, Coca-Cola USA named her ‘The Most Admired Black Woman in America’. Kennedy is the winner of Miss Ohio USA 1970. She is the first African-American woman to win the title.

Jayne Kennedy was born on 27 October 1951, in Washington, District of Columbia, USA. Her nationality is American and she belongs to the African-American ethnicity.

Her birth name is Jayne Kennedy Overton. She is the daughter of machinists Herbert Harrison and Virginia Harrison.

Jayne began her career as a model at a young age. After winning the Miss Ohio USA title in 1970, she moved to California in 1971 to pursue her career as an actress. She made her acting debut in the film Group Marriage (1973). After that, she had roles in many movies and TV films including Banacek, Sanford, and Son, The Six Million Dollar Man, and Let’s Do It Again in the mid-1970s.

She then appeared in numerous TV films such as The Rockford Files, The Muthers, Wonder Woman, Chips, and The Love Boat from the mid-1970s to early 1980s. After that, she appeared as Julie Winters in the 1981 film Body and Soul. For her role in the movie, she won a 1982 NAACP Image Award for Outstanding Actress in a Motion Picture.

Jayne has appeared on the covers of Ebony, Jet, and Essence magazines numerous times. She worked for the Children’s Miracle Network for many years. At the same time, she helped to raise billions of dollars for Children’s Hospitals. In the 1980s, she was diagnosed with Endometriosis. Since the 1990s, Kennedy has gone far from the industry to spend more time with her family.

Jayne Kennedy: Salary and Net Worth

She has a net worth of 2 million dollars but her salary is unknown.

Jayne faced a huge controversy in 2014 when her real-life sex tape with her ex-husband Leon Isaac Kennedy was leaked. She blamed Leon for leaking the video, but her ex Leon said that he is not the one who leaked the tape.