Jayne Middlemiss is an English radio and television presenter. She is possibly single.

Jayne Middlemiss initially dated TV producer Andy Davies. From 2000 and 2002, she was also in a relationship with TV director Eliot Fletcher.

Middlemiss also dated Irish model Alan Byrne from 2007 to 2008. At present, she is believed to be single. 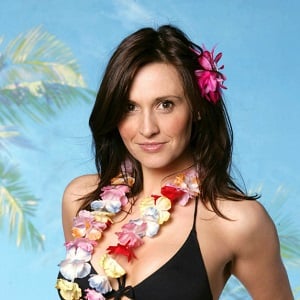 Who is Jayne Middlemiss?

Jayne Middlemiss is an English radio and television presenter. People mostly recognize her for her appearance in shows including ‘The O-Zone’, ‘Top of the Pops’, ‘Celebrity MasterChef’, and ‘Celebrity Love Island’.

Middlemiss was born in Bedlington on February 3, 1971. She was born to parents Tom and Janet Middlemiss. Throughout her childhood years, she grew up in the town of Bedlington in Northumberland. Her mother was a factory worker and her father was a miner. She became interested in the world of acting and modeling in her childhood years. She is of English nationality. Furthermore, there is no detailed information available about her ethnic background at present.

Middlemiss initially worked in an electrical store. Soon, she began her career as a model. Since then, she has made an appearance in the FHM 100 Sexiest Women in the World poll several times. Additionally, she also worked as a shop assistant and a waitress for a brief amount of time. She later worked as a trainee researcher on GMTV for two weeks. She has since then appeared in several other television shows. In addition, she gave her voice as the narrator in the 2006 TV movie ‘Test Drive My Girlfriend’.

Some other television series that Middlemiss has appeared in is ‘The Wright Stuff’, ‘Pointless Celebrities’, ‘Live from Studio Five’, ‘Peter Andre: The Next Chapter, ‘Angela and Friends’, ‘This Morning’, ‘Celebrity Masterchef’, ‘Brainiac: Science Abuse’, ‘Ant & Dec’s Saturday Night Takeaway, ‘Loose Women’, ‘Orange Playlist’, ‘Richard & Judy’, ‘The Law of the Playground’, ‘Family Forensics’, ‘Robot Wars’, ‘The Games’, ‘Never Mind the Buzzcocks’, ‘Holiday on a Shoestring’, and ‘L.A. Pool Party’ among others. She won the ‘Celebrity MasterChef’ in 2009. Furthermore, she together with Fran Cosgrave, won ITV1’s reality show ‘Celebrity Love Island’.

Middlemiss has not revealed her current salary. As of 2022, she has an estimated net worth of $1-5 million.

Middlemiss has not been in the media spotlight for a long time. Additionally, she has not been part of any notable controversies in her career. At present, there are no rumors concerning her life and career.

Talking about her body measurement, Middlemiss has a height of 5 feet 6 inches (1.68 m). Additionally, her hair color and eye color is dark brown.

Middlemiss is active on Twitter. She has more than 6.5k followers and has tweeted over 4k times. However, she is not active on Facebook and Instagram.