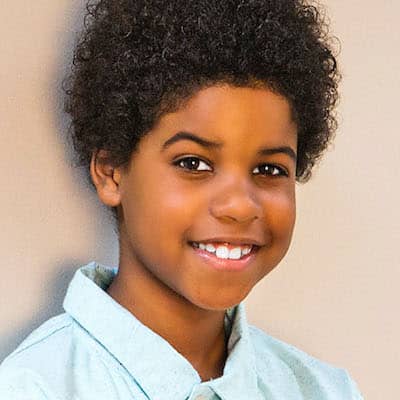 What is the relationship of JD McCrary?

JD McCrary’s relationship status at present is possibly single. He is too young to be involved romantically with anyone.

Who is JD McCrary?

JD McCrary is an American actor, dancer, and singer. He is popular for appearing in The Paynes, The Lion King, Little, etc.

He will be seen in the movie 13 and in the TV show Vital Signs.

His birthdate is 18 July 2007 and he was born in Granada Hills, Los Angeles, California, the United States as Jaydon McCrary. The name of his mother is Larisa and his father’s identity is James West.

As per his academics, he first passed out from Mayall Academy of Arts and Technology Magnet.

JD McCrary started his acting journey in the year 2014 and is still active. He debuted with a short movie Second Chance in the same year.

Then he was seen briefly in projects titled The Eric Andre Show, Blunt Talk, Atom: The Misadventures of a Real Super Hero, etc. He is mostly known for seeing in the TV show The Paynes as Kenny Payne.

He did two big-screen movies titled Little in 2019 and The Lion King in 2019. His other brief acting projects are,

As a singer, JD gave his fans his first album titled Shine in April 2019. Some of his hit tracks are Inviting All of You, My Name, Keep in Touch, Where Do I Belong, Tell Me Why, Stuck With You, and more.

By the 2022’s figures, he has an estimated net worth of $500 thousand. However, his per month salary is not yet calculated.

He has also endorsed Umbro, The House of LR&C, PUMA, SPRAYGROUND, etc.

This The Paynes actor is keeping himself away from scandals as well as rumors.

JD McCrary’s height is 5 ft 4 inches and his body weight is 58 kg. Furthermore, he has dark brown hair and eyes in dark brown color.

He also runs a YouTube channel that has over 32k subscribers.

Will Swenson
Tags : Actor The Lion King The Paynes