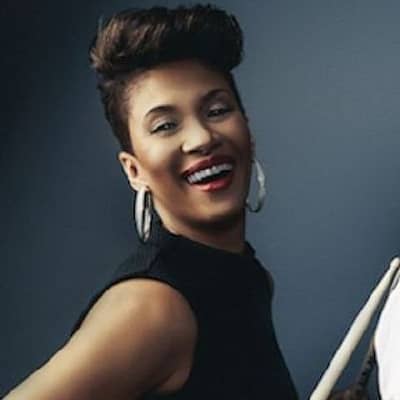 What is the relationship of Jean Baylor?

Jean Baylor is currently married. She exchanged vows with Marcus Baylor. Her husband is also a musician (drummer) and was with the band Yellowjackets.

However, the wedding details are not available.

Who is Jean Baylor?

Jean Baylor is a musical artist. She was associated with a band named Zhané and now is with a Jazz duo The Baylor Project.

Her upcoming album is Generations.

She is associated with the record label, Be A Light.

Jean’s nationality is American and her ethnic background is All-American.

The birthdate plus her birthplace is not disclosed. Similarly, her mother and father’s name is also behind the curtain.

She studied at Temple University.

Jean Baylor while studying at University formed an R&B group Zhané. The other member of this duo was her classmate Renée Neufville.

Together they released two albums plus many track hits such as Hey Mr. DJ (1993) and Sending My Love (1994). Unfortunately, this team was separated and Jean married her Marcus and created The Baylor Project.

This group is a jazz duo formed in New York City. Their album The Journey of 2017 was nominated for two Grammy Award. The categories were Best Jazz Vocal Album and Best Traditional R&B Performance.

As of 2022, she has a net worth of $1 million (estimated). However, her salary and other earnings are unknown.

She and her spouse had endorsed brands like Yamaha Drums, Future Sonics, Sabian, Kickport, and more.

This singer is keeping herself away from rumors or any desperate scandals.

Regarding Jean Baylor’s body features, her height and her body weight are of average size. Moreover, her eyes and her hair are black.