Updated On January 12, 2023 | Published By: Smriti Sharma
Share this
Married 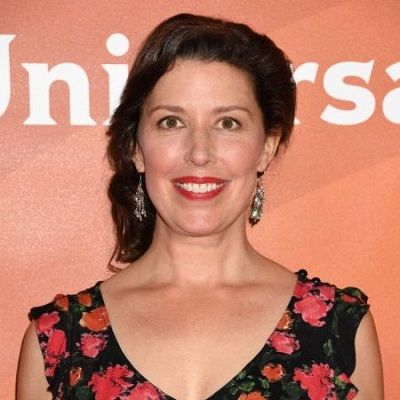 Jean Villepique is an American actress. She is renowned for her appearance in the series Grey’s Anatomy and the film A Better You

She is known for playing the role of Michelle on NBC’s new comedy series A.P. Bio.

Currently, Jean is seen in television series, 30 Rock, Curb Your Enthusiasm, The Office, and Key and Peele.

Jean Villepique was born and raised in New Jersey, the United States. She has a sister, Holly Villepique.

She attended a local high school in her hometown New Jersey and later received a bachelor’s degree in theater from Northwestern University.

Also, she made an appearance in Larry David’s comedy series, Curb Your Enthusiasm.

Jean lent her voice to the animated comedy-drama series, BoJack Horseman as Tracy, for a total of six episodes.

Currently, Jean is one of the main casts of the NBC midseason comedy series “A. P. Bio”. She created and presented 3 solo performances at the UCBLA which are “Who Cares?”, “This is A Show”, “Christmas is Ruined”.

Her comic timing and expectational acting, Jean made an appearance in numerous television series including:

She has appeared in movies as:

She is a brunette with brown eyes. Her height is 5 feet 4 inches.