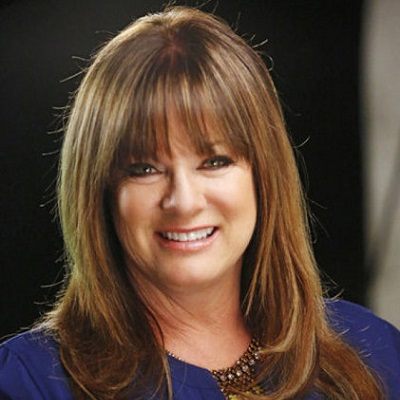 Prior to that, she was married to the baseball player, Matt Keough in 1984. However, their marriages life did not work well since 1992. The year, Matt got injured that lead his career to end as a baseball player. The incident had a significant impact on their marriage life.

The caused their separation as a couple. Also, they remained separated fro more than two-decade. Later, in November 2019, she signed for divorce. Finally, in February 2020, they got divorced officially.

Together, they share three children, two sons Shane and Colton and a daughter, Kara. Shane is a minor league baseball player whereas Kara is in the marketing field.

Who is Jeana Keough?

American Jeana Keough is a former actress, TV Personality, and model. Keough is renowned as a cast member of Bravo’s reality TV series, The Real Housewives of Orange County.

Currently, she is a real estate agent based in Aliso Viejo, California.

Jeana Keough was born Jeana Tomasino on the 18th of September 1955 in Milwaukee, Wisconsin. She is of Italian ethnicity. Information about her mother, father, and siblings are not disclosed until the date.

In 1972, she graduated from Whitnall High School in Greenfield, Wisconsin.

Initially, Jeana Keough started her career as a model for the Playboy. In November 1980, she was even named as the Playmate of the month.

Later, she started making her appearance in the music videos. Also, she was one of the three muses in the ZZ Top music videos. Legs, Sharp Dressed Man, and Sleeping bag are some of her music videos with the band.

After modeling, she expanded her career options to the acting field. In 1979, she made her movie debut with The Death of Ocean View Park. The same year, she featured The Capture of Bigfoot in the role of a dancer, Jeana Tomasina.

Apart from the movies, she appeared in the TV series including Pink Lady, The A-Team, and Cheers.

Last, in 2006, she featured in Bravo’s reality TV series, The Real Housewives of Orange County. Till season 5, she appeared in the series as the main cast. In the following seasons, she featured as a guest and friend.

Currently, she is a real estate agent. As an agent, she is associated with the real estate Coldwell Banker Laguna Niguel, Realty One Group and Weichert Realtors.

Till the date, she has managed to remain far from any sort of controversy and rumors that created headlines in the media.

However, her family is going through sorrow for the death of her grandson, McCoy. McCoy was born on the 6th of April 2020. During the birth, some completions caused shoulder dystocia and a compressed umbilical cord. Due to reason, they lost her grandson, McCoy.

Jeana Keough is a brown-eyed brunette. Her height is 5 feet and 7 inches and weighs around 66 kg. Her body measurements are 34-23-33.

You may also read the bio, age, education, career, net worth, salary, and controversy of Kelly Jo Bates, Lewis Bloor, and Alexis Skyy.