JeanCarlo Leon also known as Jashlem is a Colombian social networking star. He is currently in a relationship.

JeanCarlo Leon is currently in a romantic relationship. He is seeing an influencer named DARIAN R. CRAWSTON.

She is followed by more than 7.9 million people. He often posts lovely pictures with his girlfriend on social media. On 06 Dec 2021, he shared photos where Darian was clicking their selfie.

In the past days, he was with another girl named Nicole Amado. 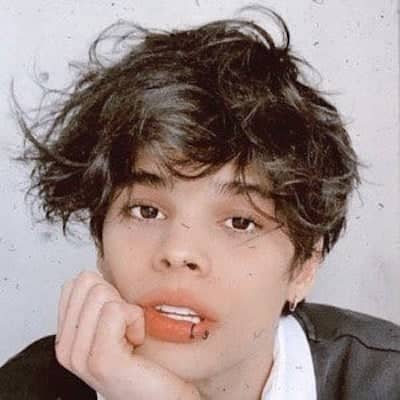 JeanCarlo Leon also known as Jashlem is a Colombian social networking star. JeanCarlo Leon has a huge number of fans on his TikTok account and YouTube channel.

Also, for his popularity on TikTok, he was nominated for TikToker of the Years at the MIAW in 2019. In addition, he is a singer whose first track I’m Flying came out in March 2019.

He was born in 1996 in Colombia and he celebrates his birthday on the 3rd of September. His real name is behind the curtain along with the detail of his mother and his father’s identity.

As per his academics, he might have completed high school as well as college.

JeanCarlo Leon is one of the popular video creators who is loved by watchers. His popularity on the TikTok account by posting lifestyle vlogs made him a star.

It has gained a massive number of followers of more than 26.1 million with around 1.3 Billion likes.

As an influencer, he runs a YouTube channel titled on his famous name where he uploads mostly vlogs for his admirer. The channel was created in July 2014 and it has now over 5.2 million subscribers.

JeanCarlo is officially present on social sites such as Instagram with over 6.6M followers where he posts his modeling pictures.

JeanCarlo Leon’s height is 5 ft 8 inches and his body weight is 76 kg. Adding further, he has dark brown hair and eyes with light brown color.

He has a messy hairstyle with a side labret piercing. His chest plus arms also have tattoos.