Judge Pirro is a highly respected District Attorney, Judge, author. She hosts the Fox News show, Justice with Judge Jeanine. Judge is a divorcee and is a single mother to two children. 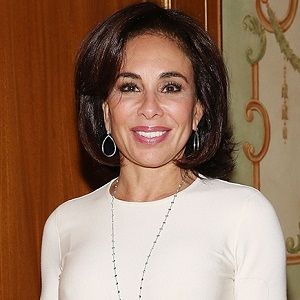 She was married to businessman Albert Pirro in 1975 and have two children. Her ex-husband Albert is a lawyer. Both are in the law profession.

Jeanine and Albert decided to separate and it was finalized in 2013 approximately. Jeanine now lives separately with her two kids and enjoys spending her time with them.

She is an animal lover and has dogs and pigs as pets.

Who is Jeanine Pirro?

Jeanine Pirro is the first American female to be appointed Judge of Westchester County Court. Jeanine also is a television personality, legal analyst, and author.

Her name came to the limelight when she served as the District Attorney and helped solve cases of domestic violence, especially against the elderly.

Jeanine Pirro was born on 1951, 2nd June. She experienced her childhood in Elmira, New York, USA. Her parents were Nasser ‘Leo’ Ferris(father) and Esther Awad Ferris(mother). She also has a sister, Lulu.

Her father was a salesman for mobile homes, while her mother worked as a department store model. The family belongs to Lebanese-American ethnicity.

Jeanine completed her schooling at Notre Dame High School. She then obtained a bachelor’s degree in arts from the University of Buffalo.

In 1975, she was awarded the J.D. degree by the Albany Law School, Union University, New York. While studying law, she also served as an editor for law review.

Jeanine Pirro joined as an Assistant District Attorney at the Westchester County Court in 1975.

She was a successful prosecutor with an almost 100% conviction rate. She created a cell for crimes against women and children. In November 1990, she was promoted to the post of Judge.

During her tenure as District Attorney, she chaired important commissions including those meant for the protection of domestic violence victims and families. She was interviewed on several TV talk shows.

Later, Jeanine continued her TV career and is a legal analyst for Fox News. She hosts ‘Justice with Judge Jeanine’ on Fox News Channel. Also, she has also authored 3-4 books.

She was nominated for Daytime Emmy Awards (2010) for the Outstanding Legal/Courtroom Program.

Furthermore, she was nominated for the New York Attorney General.

Her net worth estimated to be $12 million. As per the salary, she earns $3 million per annum.

-11 days ago: Judge Dread Sense Jeanine is still fighting non-sense – Check this out!

-Her reputation was tanned when her husband, Albert Pirro was accused of Federal tax evasion and sent to jail. During her fight for the US Senate seat from New York State in 2006, she lost page 10 of her speech papers and stood silently on the stage for 32 seconds.

This seemed to also have affected her chances of winning the race.

-She defended her CEO, Roger Ailes when Gretchen Carlson accused him of sexual harassment at work.

-In December 2016, there were rumors that Jeanine would be replacing Megyn Kelly since the latter had tried to derail Donald Trump’s campaign.