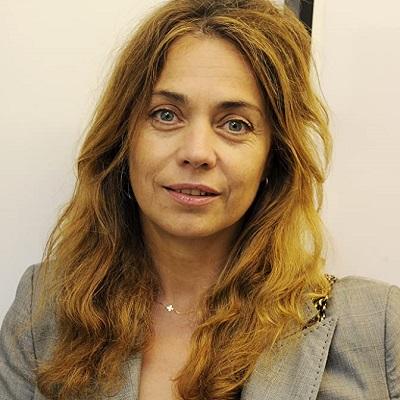 Jeanne Marine is married to her long term partner, Bob Geldof. Bob is an Irish singer and businessman.

The wedding took place on the 28th of April 2015 at a very private event in France. Her wedding dress was specially designed by the London based fashion house, Morv.

Before the wedding event, they announced that they were engaged on the 1st of May 2014. Before the engagement, the lovebirds accompanied each other as a partner and best friend.

Last, they were last spotted in Italy in 2019 soaking in the sun. Before that, they also went to the Italian film and music festival.

Who is Jeanne Marine?

French Jeanne Marine is an actress who is renowned as Nicolette of Braveheart.

Last, in 2005, she appeared in the TV series Paris City Cop as Charlotte Miquel.

Jeanne Marine was born in 1966 in France. She is of French ethnicity.

To date, she has not disclosed any details of her mother, father, and educational background.

Jeanne Marine started her journey as an actress with some uncredited role in the early ’80s. However, she first got noticed in 1982 through the TV movie, L’ami(e) étranger as Tina. After the movie, she took a break from his acting career.

Four years later, in 1986, she resumed her acting career with the movie, Les Oreilles entre les dents. In the comedy-crime, she portrayed the character of Paulette Gulderbilt.

After that, she started making her appearances in TV series too. Some of her TV series include The Last Salute, Julie Lescaut, and Maigret in some minor roles.

Apart from the TV series, she is famous for her appearance in movies. Some of her movies along with the year and her roles are-

In 2005, she last appeared in the TV series, Paris City Cop. After her appearance, she has parted her acting career.

Through her career as an actress, she has managed to make a net worth of $2 million. As an actress, her earnings were in the range of $19k to $208k. However, in the present day, she no longer makes her appearance in any movies.

Her husband, Bob Geldof is a multi-millionaire with an estimated net worth of $150 million.

To date, she has maintained a distance from any sort of controversy that makes a buzz in the media. Similarly, she has remained far from the rumors too.

However, those statements are not true in the case of her business husband, Bob. Last, in 2019, he was caught up in the project, Mauritius Leaks. According to the report of Mauritius Leaks, the businessman has been accused to be involved in tax avoidance through his private equity fund 8 Miles.

The private equality fund, 8 miles is registered in the UK. The fund invests exclusively in African Startups, began setting up subsidiaries in Mauritius.

Jeanne Marine has blue eyes with light brown hair. She stands at a height of 5 feet 6 inches and weighs around 60 kg.