Updated On November 15, 2022 | Published By: Joseph Miller
Share this
Single 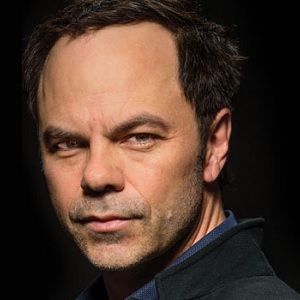 What is the relationship of Jed Rees?

The marital state of Jed Rees is not known to many of us. He has always been secretive regarding his personal life. As the result, his relationship status is hard to identify.

Also currently, there are no rumors or news about his marriage and affairs. And it goes the same for his past. So, only he can enlighten many of his fans and followers with the details of his personal life.

Who is Jed Rees?

Jed Rees is a Canadian actor. He is widely known for his role in Deadpool, Galaxy Quest, The Ringer, The X-Files, Fear, and Elizabethtown. And, he is still active in the Hollywood industry.

Furthermore, he has recently appeared in Castle and American Made.

Jed Rees was born on March 8, 1970, in Vancouver, Canada. And as of now, the identity of his parents and siblings is unavailable.

There is no information about her parents and childhood.

As regards Jed’s academic qualifications, he studied music for two years and theatre for two years. And, we know that he trained for his acting career in New York.

Jed started his professional career in acting early 90s. Initially, he made his appearances in the series Neo Rider and 21 Jump Street. Following his debut, he started to make his appearances to bigger audiences.

During his nearly three-decades-long professional career, he has given outstanding performances in many movies.

Some of his great works can be seen in the movies including, Little Criminal, Final Cut, Elizabethtown, Fear, Contagious, Police Academy: The Series, Galaxy Quest, Garbage, Men With Brooms, The Con Artist, and Deadpool.

Furthermore, he has been successfully cast in many television series. His appearance infamous television series such as The X-Files, Viper, CSI, Pretty Little Liars, and Castle has given him so much fame.

Furthermore, his sound can be heard in the animated series The Family Guy.

As a result of his long and fame-gaining career, he has been able to receive several awards and has got nominations for several awards.

For his outstanding performance in Garbage, he was awarded the Best Actor Grand Award and Worldfest Houston in 2012.

In addition, he got a nomination for the Pretty Funny Male Performance award in 2003.

Currently, the actual detail regarding Jed’s salary and net worth are unavailable. However, after involving in many professional practices, he must have received a huge amount of wealth.

So far, there are no rumors regarding Jed’s personal and professional life. Furthermore, there are not any controversial topics relating to Jed.

Jed is 5 feet 8 inches tall, gentleman. Furthermore, he has black hair and fair skin. In addition, he has gray eyes.

However, many other details regarding his body measurements are currently missing.

You may also like to read the Bio, Career, Body Measurements, Net Worth, Social Media, Relationships, and more about Laurence Leboeuf, Serinda Swan, Mia Kirshner, etc.