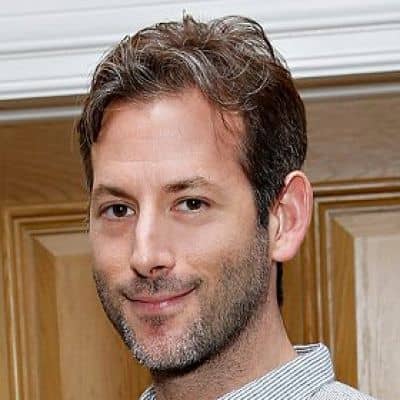 Jeff Baena is in a married relationship with his long-term girlfriend, Aubrey Plaza. Aubrey is a well-named American comedian and an actress who is popular for her role on the NBC sitcom Parks and Recreation.

The couple has not revealed their marriage date in public. However, Aubrey mentioned their marriage news on her Instagram. They have been dating for a long time. Additionally, they have worked togetherly in Life After Beth and The Little Hours.

The actress recently mentioned that they were together during the COVID-19 pandemic and enjoyed together for a long time. However, they rarely share their details in public.

But Baena and Aubrey are together at the present and are living a happy life.

Who is Jeff Baena?

Jeff Baena is a well-recognized American director as well as a screenwriter. Baena is widely famed for work on The Little Hours(2017), Life After Beth (2014), and Horse Girl (2020).

Moreover, he came into the limelight for co-writing I Heart Huckabees(2004) along with director, David O. Russell.

Not much known about his father and mother’s details, Jeff has been secretive towards his family details. Moreover, he has not disclosed his sibling’s details as well.

Talking about his nationality, Baena holds an American identity whereas his ethnicity is Caucasian.

Regarding education, the director studied film direction at the NYU Film school. Jeff grew up watching movies and the art of cinema and was highly passionate about the movie industry.

After completion of his bachelor’s degree, Jedd shifted to Los Angeles to start his career in film and direction. Initially, he worked with the award-winning director, Robert Zemeckis as his production assistant. Under the shadow of Robert, Baena learned filmmaking basic things and helped his director during filmmaking.

Sadly, he was involved in the accident and had a severe eye injury. Due to this, Baena started writing scripts and became a screenwriter. In the end, the talented person became the co-writer of the movie, I Heart Huckabees in the year 2004. It was directed by David O. Russell and had cast several celebrities such as Jason Schwartzman, Isabelle Huppert, Dustin Hoffman, and so on.

However, the director was not seen active in his profession for a long time of almost a decade. He came back in the direction field to bring his own original script and soon Jeff released Life After Beth in 2014. It is a comedy horror movie that starred celebrities like Aubrey Plaza, Molly Shannon, and Anna Kendrick.

Moreover, he has also emerged as a guest actor in the Mark Webber movie, The End of Love in 2012. As an actor, Baena performed in his second movie, Digging For Fire in 2015. Similarly, he directed and wrote, Joshy in 2016. It was featured at the 2016 Sundance Film Festival on 24 January 2016. However, the film did not praise the audience.

Freshly, Baena has directed the raunchy comedy, The Little Hours in 2017. It starred celebrities like Dace Franco, Molly Shannon, and John Reilly, Alison Brie, and Aubrey Plaza. Likewise, he wrote with Alison Brie and made a film, Horse Girl in January 2020. It premiered at the Sundance Film Festival in 2020.

A multi-faceted personality, Baena has earned a handsome amount of money from his multiple profession. He has been actively working from the year 2004 till the present.

Baena has never been part of any controversial matter or rumors till now. The director has a sustained balance between his professional and personal life at the present.

It seems that Jeff prefers enjoying his personal life and does not want to merge it with his professional life.

43 years old star personality, Jeff Baena has decent looks, moderate height, and an admirable personality. He stands at a height of 5 feet 6 inches. Also, he has a balanced bodyweight of 78 kg.

Furthermore, Baena has brown eyes as well as his hair is brown.

Nevertheless, the prominent director has never mentioned other physical details in the public yet.

Regarding his social media presence, Jeff Baena is not an active personality on social media.