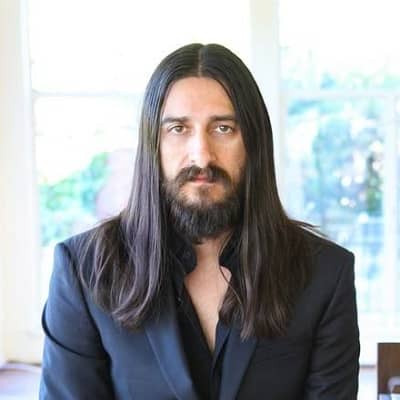 Jeff was married to Lykke Li, she is a Swedish singer, songwriter, and model and he’s blessed with a son, Dion, who was born on February 12, 2016.

But according to the source, they separated, and his son is living with Lykke Li.

Who is Jeff Bhasker?

He also worked with rapper and producer Kanye West on 808s and Heartbreak, My Beautiful Dark Twisted Fantasy, and Watch the Throne.

He was born on March 4, 1974, in Kansas City, Kansas, USA. He was brought up in Socorro, New Mexico by his parents.

His mother is a pianist, and his father was born in India, who had been a Doctor and Mayor of Socorro for 24 years.

He attended Socorro High school and was part of the jazz band at Socorro High School later in 1993 he graduated from there, before learning piano jazz and making arrangements at Berklee College of Music. He was part of a wedding band.

As a keyboardist, he gigged around Boston and performed in a wedding band. Bhasker moved to New York on September 11, 2001, after touring with the 1970’s era R&B band Tavares. With the jam band Lettuce, he toured and started to work more on songwriting.

In 2005, Bhasker moved to Los Angeles. He got a job making demos for Diane Warren, a songwriter. With Bruno Mars, he started composing, and songwriter and executive Steve Lindsey served as their mentor. He was performing cover songs around Los Angeles in a band with Mars.

Bhasker then joined into a collaboration with rapper/producer Kanye West. Initially working in the Dark Tour as a replacement keyboardist for West’s Glow, West was fascinated by the musical talent of Bhasker, and hired him as his musical director.

For West’s “All of the Lights” and the Jay-Z/Rihanna/Kanye West hit “Run This Town” Bhasker won the Grammy Award for Best Rap Song.

He has worked on many genres, including composition and production credits on The Element of Freedom, the 2009 album by Alicia Keys. In 2009, for Natalia Kills, Bhasker produced the songs ‘Free’, ‘Zombie’ and ‘Heaven.’

Under the pseudonym ‘Billy Kraven’, he co-wrote and produced “Nothing Lasts Forever” from her debut album, Perfectionist. He also worked on Beyoncé’s “I Care,” “Rather Die Young” and “Par” “and “Party” as a writer, musician, and producer from her 2011 album 4.

Bhasker collaborated with Alicia Keys again on her 2012 album, Girl on Fire. He also worked on the hit singles “Just Give Me a Reason” by Pink, “Summertime Sadness” by Lana Del Rey, and “My Kind of Love” by Emeli Sandé.

Bhasker co-wrote and co-produced the song “Uptown Funk” by Mark Ronson, which gained him a 2016 Grammy Award for Record of the Year.

Jeff Bhasker in his successful career has been nominated 10 times and has won 5 Grammy Awards.

He won honors at the Grammy Awards, For the songs “Run This Town” by Jay-Z, “All of the Lights” by Kanye West, “We Are Young” by Fun., and by Mark Ronson “Uptown Funk”. Bhasker won the 2016 Non-Classical Grammy Award for co-production of the album Uptown Special by Mark Ronson and producing the album Grand Romantic and Producer of the Year by Nate Ruess, as well as Producer of the Year.

He has an average net worth of $ 2.5 million. And the main source of his earnings is from his profession.

Talking about the controversy and scandals in his successful career he has not been involved or dragged in any such controversy or rumors.

There are no details available about his body measurements, but looking at his picture he has long black hair and a pair of black eyes.

You may also like to read the bio, age, family, salary, love affairs, education, social media of, Ruel, Tiffany Houghton and, Chris Loesch.