Relation with his wife

Jeff Branson has a happy marriage.

He married Jaimie Foley on September 6, 2015. Jeff and Jaimie began dating in 2010, however, there is no information about where they initially met or how they fell for one another.

They have been a pair whose married life has been going quite well since they first met. They had a son named Van James from this marriage, the dates of which are unclear.

Jeff has also published images of his kid on Instagram, displaying love and affection as well as spending quality time with his family.

Previous to marrying his wife, he was in a relationship with Sarah Butler in 2009, which ended in 2010. 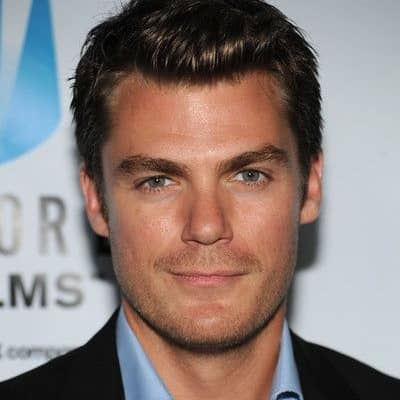 Who is Jeff Branson?

Jeff Branson is a multi-talented American actor best known for his appearances on The Young and the Restless, All My Children, and Guiding Light as Ronan Malloy, Jonathan Lavery, and Shayne Lewis respectively. Jeff is also the recipient of a Daytime Emmy Award.

In 2019, Jeff Branson starred as Neil Armstrong in the television series For All Mankind. He has been working as Chris for Teardrop, which has yet to be officially shown. When it comes to his next activities, he hasn’t revealed much information about them.

Jeffrey Dale Branson, also known as Jeff Branson, was born on March 10, 1977, in St Louis, Missouri, United States. He has American nationality and belongs to the Caucasian ethnicity because he was born in America.

Jeff Branson was never interested in sharing his personal information with the media. As a result, he has kept his family’s identity hidden from the public.

That is why we can’t locate his mother’s and father’s names, as well as their occupations. There is also no information on whether or not he has siblings. According to the source, he has also not revealed any of his childhood recollections to the public.

Jeff Branson has been involved in the entertainment industry since the year 2000. In 2004, he appeared in the ABC soap drama All My Children. He was under contract with them the entire time, and his final performance on All My Children was on December 18, 2007.

Previously to All My Children, he featured as a guest on NBC’s Law & Order: Special Victims Unit in 2000. He also has a brief role in the film Shift and has appeared in the film Wolves of Wall Street.

Then, in 2004, Jeff Branson appeared on Guiding Light as Shayne Lewis, a role he held until the show’s cancellation in 2009. In 2005, he was awarded the Daytime Emmy Award. He played Mark in Without a Trace and Jack in Swing Vote: What Side Are You on? in 2008.

In 2009, he was cast as Johny in The Magnificient Colly-T, and the following year, he appeared in I Spit on Your Grave. He made an appearance on The Young and the Restless in 2010 as Ronan Malloy. However, he quit the show in August 2011.

Jeff Branson appeared in Trophy Husband and Monika in 2012. In the following year, he appeared in television shows such as CSI: New York, Chosen, CSI: Crime Scene Investigation, and NCSI: Los Angeles. After demonstrating his talent in these series and films, he was given other opportunities to feature in other series and films.

In 2014, he returned to television in four series: Xoe Gone, NCIS: Naval Criminal Investigation Services, Perception, and Mentalist. Since this year, he has participated in a number of series, the most recent of which being For All Mankind.

Some of his Television series  are

His wealth is the result of his hard work in the entertainment sector. He has worked quite hard to get this money and wealth. Although we have discovered his net worth, we do not yet know his yearly earnings, property, residences, or expensive goods.

Since Jeff Branson entered the entertainment world in 2000, he has kept a safe distance from scandals and controversies that may jeopardize his career. He is a knowledgeable man who has effectively separated his personal and professional lives from being impacted and having bad effects on both.

Jeff Branson is attractive, even though he is in his thirties. He has kept his body in good shape and stands at 6 feet 2 inches tall. When it comes to his body weight, he weighs 70 kg. He has revealed his height and weight, but he has not revealed his hip, waist, or bicep measurements to anybody. He has kept his identity hidden from the media. In terms of his physical appearance, he has brown hair and blue eyes.

Jeff Branson is quite active on social media, with thousands of followers. On Instagram, he has 4153 followers and 90 posts.

He has posted images of his sons and close friends on Instagram. His most recent post was a black image in which he stated that black lives matter.

Similarly, Jeff Branson is active on Twitter, where he has 26.3k followers and about 1636 tweets since joining in September 2010.

Kevin Alves
Tags : Actor All My Children The Young and the Restless