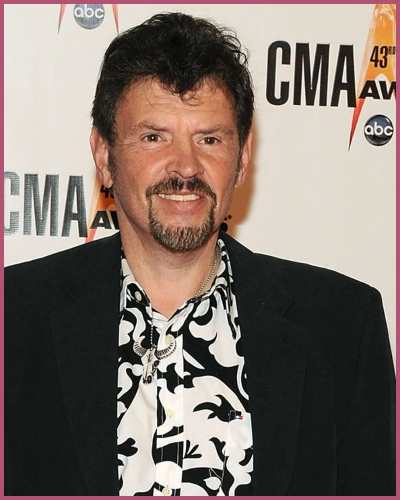 Jeff Cook, full name Jeffrey Alan Cook is dead. He had a peaceful demise on Monday with his family and close friends by his side at his coastal property in Destin, Florida.

His death news become public after his rock band, Alabama posted the heartbreaking news on Twitter with a red heart,

The legendary musician was suffering from Parkinson’s disease for over 8 years. He had only revealed his deteriorating health condition in 2017 allowing people to hum his lyrics,

“Just remember, life is good and as long as you’re breathing…there’s ‘No Bad Days.”

Also, Read RIP Leslie Jordan! Actor, 67 crashed his BMW while driving to the set of ‘Call Me Kat‘

Celebrities React to the Death of Jeff Cook

Jeff Cook who earlier this year celebrated Alabama, their band’s 50th anniversary with his cousins is dead. May the departed soul rest in Paradise. Fellow country artist Travis Tritt tweeted about the death of another musical legend adding,

“Sending out my deepest condolences to the family, friends and band mates of Jeff Cook from @TheAlabamaBand. Such a great guy an one heckuva bass fisherman. He will be truly missed.”

When the Sun Goes Down singer Kenny Chesney, 54 after learning the death post of Jeff Cook commented,

“Jeff Cook, and all of the guys in Alabama, were so generous with wisdom and fun when I got to tour with them as a young artist. But maybe even more, they showed a kid in a t-shirt that country music could be rock, could be real, could be someone who looked like me. Growing up in East Tennessee, that gave me the heart to chase this dream.”

“Heaven gained another guitar/fiddle player today. Mom and I were saddened to hear about the passing of @TheAlabamaBand’s Jeff Cook after a lengthy battle with Parkinson’s disease. Prayers for his family and many fans.”

Jason Aldean after hearing the passing of Cook who is survived by his beloved wife of 27 years, Lisa tweeted,

“So sad to hear of the passing of Jeff Cook. I spent a lot of my life listening to him play guitar, what an iconic sound he had. I got a chance to perform with him multiple times over the years and I will never forget it.”

The Fort Payne native Jeff Cook was a DJ at local stations t the age of 14 after he got his first broadcast engineer license. He then rose to fame becoming a multi-instrumentalist and singer in 1972.

His band with his cousins, Randy Owen and Teddy Gentry was originally named Wildcountry before finding a new name Alabama in 1977. His rock band Alabama was the three consecutive years winner of the CMA Entertainer of the Year award from 1982 to 1985.

The Radio DJ never left the radio as he founded Cook Sound Studios, Inc., in his hometown after the significant growth in his musical career. He had also established the radio station WQRX-AM in Valley Head, Alabama.

Cook also formed Cook & Glenn and the Allstar Goodtime Band after Alabama initially stopped touring in 2004. He did not break from his Alabama band and his last tour with the band was in 2018.

Recalling his famous singles from the band, they were Song of the South, Dixieland Delight, I’m in a Hurry (And Don’t Know Why), No Bad Days, and Mountain Music.