Jeff Glor is an American journalist. He co-hosts This Morning: Saturday. He is a married man and has two children. 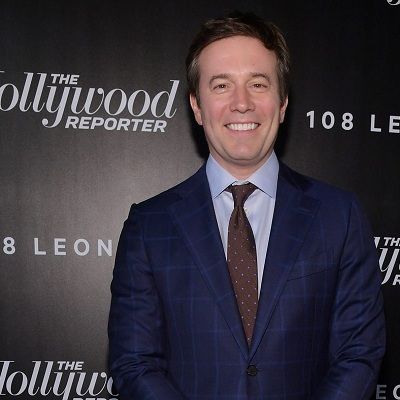 Jeff Glor is a married man. He has exchanged vows with Nicole Glor in the year 2003. This couple is blessed with two children.

Their names are Jack Thatcher Glor and Victoria Channing Glor.

Who is Jeff Glor?

Jeff Glor is an American journalist. He is a co-host of CBS This Morning: Saturday and a CBS News special correspondent. He previously hosted the CBS Evening News.

Details about her father, mother, and ancestry are not disclosed.

He attended Kenmore East High School. For his higher studies, he graduated from Syracuse University in 1997 with dual degrees in journalism (from the S.I. Newhouse School of Public Communications) and economics(from Syracuse).

Jeff Glor started his career as a part-time producer while still attending college at WSTM. He worked as a co-anchor of WSTM-TV Syracuse’s 5 p.m. newscast from 2000 to 2003.

He served as weekend evening news anchor and weekday reporter for WHDH in Boston from 2003 to 2007. Jeff then joined CBS News in 2007 as co-anchor, and later as a newsreader, on the Saturday Early Show.

Simultaneously, he was also reporting primarily for the weekday version of The Early Show. Including an extended period in Iraq, China, and on the presidential campaign in 2008. On October 25, 2017, CBS announced that Glor would become the new permanent anchor for the CBS Evening News.

CBS News announced that  Norah O’Donnell would be the new anchor and managing editor of the CBS Evening News on May 6, 2019. It was announced that Jeff would work as a CBS News special correspondent, reporting feature stories and investigative reports for the network on June 22.

Syracuse New Times named Jeff as “Best Male News Anchor” and one of the 40 most promising professionals under the age of 40. In 2009, he won an Emmy for his work on CBS Sunday Morning.

He was awarded the Henry J. Wolff prize. A prize, given to the Newhouse student “most proficient in journalism.”

He has been in the journalism field for quite a while now. He earns as a journalist. It seems that Jeff has a net worth of $3 million.

Rumors after rumors were swirling around when Norah O’Donnell was announced to be replacing Glor from CBS Evening News. It had only been 2 years for Glor as a permanent anchor at CBS Evening News.

Therefore, there was a rumor about O’ Donnell lobbying for Glor’s position.

Jeff has a dark brown hair color and brown eyes. His height, weight, etc. are unknown.