With whom Jeff Green walked the aisle?

He exchanged vows with Stephanie Hurtado on 09 Aug 2017. His wife is a Florida International University graduate.

Their romance started when they met each other at Miami club. Finally, he proposed to her in 2016 while they were enjoying the scenes of Greece. The wedding was performed at the Four Seasons Hotel in Miami.

They together have welcomed two children and the third kid is on his wife’s belly.

Their first daughter Sofia Jade was born in Feb 2017 and the second one’s name is Jasmine.

In that picture, he is gently touching her baby bump and he mentioned her as his Valentine for life. 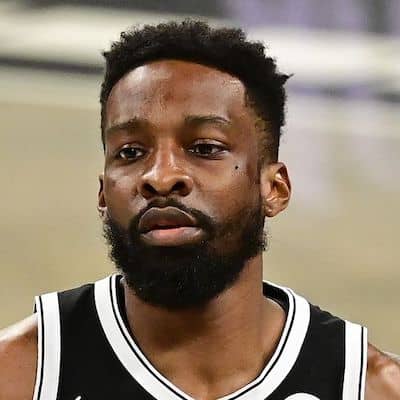 Who is Jeff Green?

Jeff Green is an American basketball player in the NBA. Jeff Green plays as a Power forward / Center for the team Denver Nuggets.

He was seen in projects like Basketball County: In the Water in 2020, Fair Game with Kristine Leahy in 2018, Player Style Files in 2014, and more.

His birthdate is 28 Aug 1986 and he was born in Cheverly, Maryland, the United States as Jeffrey Lynn Green. The name of his mother is Felicia Akingube and his father’s identity is Jeffrey Green Sr.

Further, Jeff’s ancestry is All-American and has a sister named Mia Young.

As per his academics, he studied at Northwestern High and then went to Georgetown University.

Jeff Green was interested in sports from high school and played basketball from there. He then played while studying at the University.

His current team is Denver Nuggets which he joined in the year 2021. Before this, Jeff was selected by Brooklyn Nets and was with them for a year (2020-21).

This NBA player is keeping himself away from scandals as well as rumors.

Jeff Green’s towering height is 6 ft 8 inches and his body weight is 107 kg.

Similarly, he has black hair and eyes in dark brown color.

Jeff is officially present on social sites such as Twitter with over 155k followers. He is keeping himself busy on Instagram with over 323k fans but is absent on Facebook.