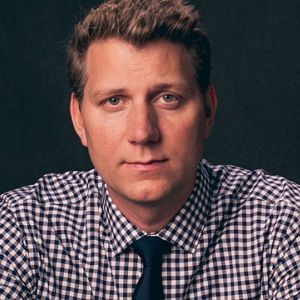 Jeff is married to Missy Nichols since March 2008.

Who is Jeff Nichols?

Jeff Nichols is an American film director and screenwriter. The movies ‘Shotgun stories,’ ‘Take Shelter’ and ‘Loving’ are some of his best works.

Jeff Nichols was born in Little Rock, Arkansas, the United States on December 7, 1978. There are no data and records regarding his parents. Jeff’s older brother Ben Nichols is the leader of the Tennessee–based alt-country-rock band Lucero.

Jeff graduated from Central High School, Little Rock as he was raised in Little Rock. Then he studied filmmaking at the University of North Carolina School of the Arts and graduated in 2001.

Shotgun Stories released in 2007 was the first screenplay written by Jeff. The film gained lots of appreciation though being a low budget film. The follow-up movie Take Shelter was released in 2011 also starring Michael Shannon along with Jessica Chastain.

In 2012 Jeff’s movie Mud competed for the Palme d’Or at the 2012 Cannes Film Festival. most noteworthy, Jeff was the president of the jury of the 7th Rome Film Festival, 2012.

In 2016, he directed Midnight special, a sci-fi drama film, which he had written. The film was nominated for Golden Bear at the 66th Berlin International Film Festival. The same year he worked on the film Loving starring  Ruth Nigga and  Joel Edgerton.

The director and writer earn a decent amount of money from his work. While his Net Worth is estimated to be $40 million.

Seems like Jeff is a very private person, Jeff hasn’t disclosed any pieces of information on his private life. Therefore, he has not been seen in any controversies or rumors to date.