Jeff Stelling is a famous journalist. Moreover, he is a sports journalist. He is married and a father of three kids.

Jeff Stelling is a married man. As of now, he is married to Liz Stelling. After dating for a while, they shared the marital vows in November 1998. The wedding ceremony took place in Richmond upon the Thames. Since then, they have been living their married life without any major disputes. Together, the couple has three children.

They are Robbie, Matthew, and Olivia. Robbie was born in September 1998.  Matthew and Olivia were born in December 1999 and July 2003 respectively. Until now, they live happily together in South Hampshire. 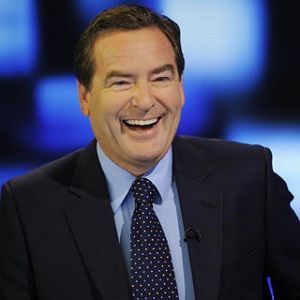 Gareth Jellyman of Mansfield Town has been sent off, hope he doesn't throw a wobbly! Mido has just been sent off and I can confirm he walks like an Egyptian

Who is Jeff Stelling?

Jeff Stelling was born in West Hartlepool in England. He was born on March 18, 1955, as Robert Jeff Stelling. Jeff is a very secretive person when it comes to sharing his private life. For his education, he went to Rift House Primary School. Afterward, he attended West Hartlepool Grammar School.

Jeff Stelling began his career right after school. After school, he worked for Hartlepool Mail for four years. This was the initial phase of his career. Then he joined as a reporter for Radio Tees for Middlesbrough F.C. This was back in the 1970s. In the 1980s, he used to work as a sports presenter for LBC radio’s program, Sportswatch. After that, he joined the BBC. For BBC 2, he covered several Olympic Games held in Los Angeles and Seoul in the 1980s.

Additionally, he also worked for many networks like Eurosport, TV-am, Channel 4, and others. Finally, in 1992, he joined Sky Sports. After working for a couple of years, he got the position of Sports presenter for the show, Sports Saturday. Presently, that show is known as Gillette Soccer Saturday. Since then, he has been working for Sky Sports. From 2008, he also hosted Channel4’s show, Countdown. Similarly, from 2011 to 2015, he hosted the Champions League show. Recently from 2016, he also hosts ITV’s game show, Alphabetical.

For his effortful work, Sports Journalists’ Association awarded him as the Sports Broadcaster of the Year for years in a row. Since 2015, he also works as the president of the Football club, Hartlepool United.

From his career, he has made tons of money from his salary. Consequently, he has around an estimated net worth of $3 million as of 2022.

Jeff Stelling tries to maintain his body. While his height is 5 feet 7 inches, his weight is 70 kg. He has brown hair and blue eyes.