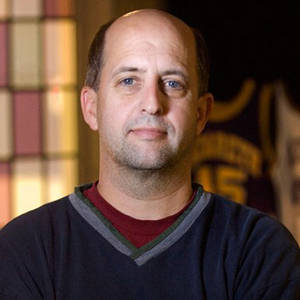 Your best players have to unite and inspire the group... otherwise, they'll divide the group.

Shooting percentage is just as much about decision making as it is about technique.

Gundy married his long-term girlfriend Kim Van Gundy after having an affair with her. Being married to Kim, the couple is blessed with two children named Mattie Van Gundy and Grayson Van Gundy.

Gundy has not mentioned the romantic parts of his personal life, how he met Kim, their first date, and the marriage celebration is still a mystery for his fans.

Who is Jeff Van Gundy?

Jeff Van Gundy is well known as the American basketball coach and TV analyst. He is currently a color commentator for ESPN. He was the previous head coach of the New York Knicks and the Houston Rockets in the National Basketball Association.

Van Gundy was born on Jan 19, 1962, in Hemet, California. He grew up in the town named Martinez, California. He is the son of a basketball coach, Bill Van Gundy, the former head coach at Brockport State University and at Genesee Community College. His mother’s name is Cindy Van Gundy.

Gundy attended Brockport Central High School in Brockport New York, where he played basketball for his school team. Upon high school graduation, He went to Yale University before shifting to Menlo and eventually he graduated in 1985 from Nazareth College where he earned All American honors. He remains the Nazareth career leader in free throw percentage at 86.8%.

Van Gundy was transferred to Menlo University. But he has attended Yale University and got transferred. He ultimately graduated from New York’s Nazareth College in 1985.

Van Gundy in between 1985/56 started his basketball coaching career at McQuaid Jesuit High School in Rochester, New York. The same coming year, he became a graduate assistant helping the Providence Friars advance to the Final Four. In his second season with the Friars, he was promoted to assistant coach under Gordon Chiesa. The next season, Van Gundy became an assistant coach under Bob Wenzel at Rutgers.

Gundy started his coaching career with McQuaid Jesuit HS in 1985. Later on, he served as an assistant coach for Providence (1986-88), Rutgers (1988-89). On July 28, his career was uplifted when he was given a chance to work with New York Knicks. he there worked wisely and served as the assistant coach from 1989 to 1996.

Then after, then he became the head coach from 1996 to 2003. On June 11, 2003, Gundy became the 10th head coach for the Houston Rockets. In all the three seasons, he makes his team Rockets win a 130-116 record. He also mentioned is third-highest of any coach in the history of Rockets with 528 percentage of winning. It is his first coaching job since leaving the Rockets in 2007. Gundy has led the US to the gold medal at the 2017 FIBA AmeriCup.

Gundy is also an executive board member of Pro-Vision, a Houston charter school and non-profit organization in Houston that provides educational, job-training, and mentoring services to boys and girls aged 10–18.

Gundy successfully established himself in the world of broadcasting. Since 2007, he served as a color commentator for ESPN.

Jeff is a professional coach and his hard work are always shown in the game by winning the team. Though his work is appreciated by all he hasn’t yet received any awards. But he has been nominated for EmmyOutstanding Sports Personality-Sports Event Analyst from the year 2010 to 2016 regularly.

Jeth is a renowned person and his net worth is estimated to be $16 million and his salary is unknown.

Jeff is carrying his profession smoothly and there is no any rumors and controversies heard about him. He usually doesn’t share his private matter on social media and so that his rumors aren’t heard.

Jeff much information about his body measurements is not known. He is 5 ft 9 inches tall. His weight is said to be approximately 74 kg. His hair color is brown and eye color is blue.