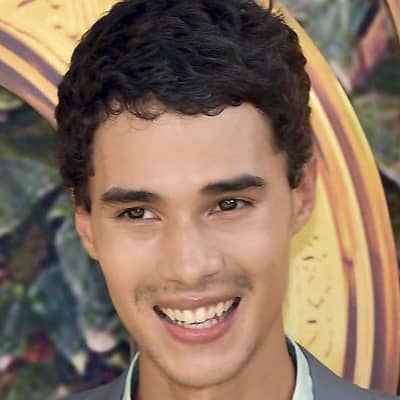 Jeff Wahlberg’s relationship is possibly single. He is focused on his career and has not revealed the details of his affair/girlfriend.

Who is Jeff Wahlberg?

He was born on 17 July 1996 in Boston, Massachusetts, USA. The name of his mother is Bennie Wahlberg and his father is Jim Wahlberg.

His mom is of Dominican heritage while his dad has Irish-Swedish-French-Canadian-English-Scottish heritage.

Jeff’s ancestry is a mix of Dominican, Irish, Swedish, French-Canadian, English, & Scottish, and talking about his academics, he is a high school graduate.

Jeff Wahlberg is mostly known for his appearance in the 2019’s movie Dora and the Lost City of Gold as Diego. He was also seen in Cherry (2021) as Jimenez and Future World as Prince (2018).

He also has brief roles in TV series such as Counterpart (2018), Ballers (2015), etc. His TV movie Instant Gratification came out in 2015 where he played Peter.

This star actor is keeping himself away from rumors and desperate scandals.

Regarding Jeff Wahlberg’s body features, his height is 5 ft 11 inches and his body weight is 76 kg.

Know about the restaurants in Canada which famous Hollywood and Canadian celebrities own!