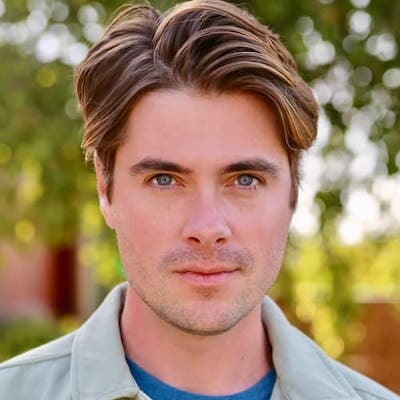 Quick Facts of Jeffery Self

Relationship Facts of Jeffery Self

What is the relationship of Jeffery Self?

Jeffery Self is openly gay and is a married man. He exchanged vows with Augustus Prew on 14 January 2018 and announced the engagement on 8 Jan 2017 via Instagram.

Their wedding was held in Culver City, California which was attended by their loved ones. His spouse has uploaded pictures in the mountains of LA where they are enjoying their hiking on 14 Feb 2022.

Jeffery was in a serious relationship with actor Patrick McDonald of Fire Island. They were together for about three years but broke up for undisclosed reasons.

Who is Jeffery Self?

Jeffery Self is an actor, producer, and writer of American nationality. Jeffery Self is primarily known for his work in projects like You’re Killing Me (2015), Bunny & Clyde, 30 Rock (2006), etc.

Recently in 2022, he was seen playing the character of Sam in the movie Mack & Rita. His upcoming projects are The Horror of Dolores Roach (TV Series) and the film Spoiler Alert: The Hero Dies are in the post-production process.

His actual birthdate is 19 Feb 1987 and he was born in the United States. The name of his mother and his father’s identity is not known.

Further, Jeffery’s ancestry is Caucasian, and as per his academics, he attended middle school and then was homeschooled.

Jeffery Self is a successful actor who debuted in a video titled The Book of Ruth: Journey of Faith as Townsperson in 2009. He is known to the public for his acting in TV shows named Search Party as Marc, Gay of Thrones as Jeffery, and Jeffery & Cole Casserole as Jeffery.

Some of his other noted small-screen projects are,

Jeffery has also shown his amazing acting in some of the movies. His featured film credits are,

Jeffery Self- Net Worth, Salary

By the reports of 2022, Jeffery Self has an estimated net worth of $500 thousand which he collected from his work. He has a total of 34 acting credits as of this writing.

This cast of Search Party (TV show) is keeping himself away from scandals along with desperate rumors. But in his former days, he skipped joining the high school to avoid facing questions regarding his sexuality.

Jeffery Self’s height is average and his body weight is of decent shape. Furthermore, he has blonde hair and his eyes are blue in color.

But he is staying close to Instagram where he has around 31.1.k followers. His posted picture on world dog day on IG on 02 July 2022, is loved by the viewers.

Divorce! Elle Macpherson’s Married Life Comes To The End; She Part Her Ways From Her Billionaire Husband Jeffrey Soffer