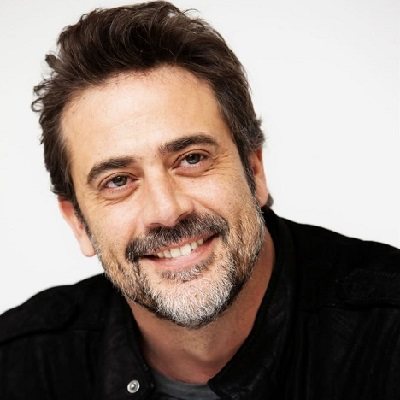 I think, as I've gotten older I have realized what a huge privilege it is to even be in this business. I, more than ever, love what I do.

I'm just looking always for characters that change, because I want to get better, as an actor and as a person.

Yes, I do. But I don't have any immediate plans because I know I wasn't good at it the first time around.

Jeffrey Dean Morgan is married to the actress, Hilarie Burton. Hilarie is also an actress and producer by profession. They started dating since 2009.

Together, they welcomed their son, Augustus Morgan in March 2010. Later, in February 2018, they brought a sister for Augustus and named George Virginia Morgan.

The couple got married on the 5th of October 2019. Currently, they reside in Rhinebeck in New York along with their cows, chickens, and alpacas.

Prior to that, he was married to the actress, Anya Longwell. The wedding took place in 1992. After 11 years of marriage in 2003, they parted their ways with divorce.

Later, in 2007, he got engaged with the actress, Mary Louise Parker. However, they called off their engagement in April 2008.

Who is Jeffrey Dean Morgan?

American Jeffrey Dean Morgan is a Saturn Award-winning actor. He is renowned for the TV series, The Walking Dead as Negan.

Last, in 2020, he appeared in the crime drama, The Postcard Killings as Jacob Kanon.

This year, he will be appearing in action-drama, Walkaway Joe as Cal McCarthy.

As of now, he is filming for the horror movie, Shrine. In the movie, he is sharing the screen with the actors, William Sadler and Cary Elwes.

Jeffrey Dean Morgan was born on the 22nd of April 1966 in Seattle, Washington. His father, Richard Dean Morgan is of Welsh ethnicity.

In the early ’90s, Jeffrey Dean Morgan started his career as an actor. In 1991, he featured in the movie, Uncaged as Sharkey. After that, he started making an appearance in the TV series too. Some of his early TV series include Extreme, Black Sheep, and Mystery Dance.

Moving forward, in 2005, he appeared in the CW’s series, Supernatural in a recurring role of John Winchester. Despite the short role in the series, he earned quite a reputation from the series.

After that, he appeared in other series in some recurring roles. However, he became famous with the series, The Walking Dead. In the horror-based series, he portrayed the character of the sociopathic leader as Negan.

Apart from the TV series, he is famous for the movies too. Some of them also with the year and the character name is-

He has an estimated net worth of $10 million. In 2018, his salary per episode of The Walking Dead was $200k per episode.

Apart from that, he also makes through Samuel’s Sweet Shop that he owns along with actor Paul Rudd.

As of now, he has not been through any sort of controversy that created a buzz in the media.

However, in 2017, he had been in the headlines when he defended wearing  Blue Live Matter T-Shirt.

Jeffrey Dean Morgan has brown eyes with black hair. His height is 6 feet 1 inch and weighs around 83 kg.

You may also read the bio, age, career, education, net worth, salary, controversy, and rumors of Ben Indra, Israel Broussard, and Rachel Matthews.