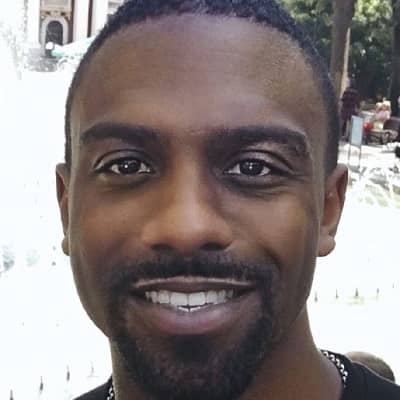 What is the relationship of Jeffrey Jordan?

Jeffrey Jordan started dating Radina Aneva a couple of years ago. He had proposed to her with a beautiful diamond ring and they exchanged their rings on 22 November 2017 in Hawaii.

The duo walked down the aisle on 25 May 2019 with a lavish wedding ceremony. Radina looked gorgeous in a gorgeous off-white gown with a long white veil and Jeffrey wore a black suit and white shirt with a bow.

The couple is happy to have each other.

Who is Jeffrey Jordan?

Jeffrey Jordan is famous for being an actively aggressive Point guard from 2010 to 2012 at the University of Central Florida. Currently, he is the co-founder of Heir Jordan, a philanthropic foundation along with his younger brother Marcus Jordan.

Moreover, he is known as the oldest son of retired basketball legend Michael Jordan.

He is the son of Michael Jordan and his first wife, Juanita Vanoy. His father, Michael was a former professional basketball player who led the Chicago Bulls to six National Basketball Association (NBA) championships. His parents got married when he was an infant and divorced when he was in high school.

He grew up with a younger brother, Marcus Jordan, and a younger sister Jasmine Jordan. Likewise, he also has twin half-sisters, Ysabel and Victoria from his father’s second marriage.

Jordan is of American nationality and his ethnicity is unknown.

As per academics, he completed his high school education at Loyola Academy. In 2007, he joined the University of Illinois and majored in psychology with an academic scholarship. Later, he enrolled at the University of Central Florida from 2010 to 2012.

Jeffrey Jordan: All about Career

Jeffrey started his basketball career in high school. His high school games were shown all over the country on ESPN in 2007.

In 2007, he joined the University of Illinois and was a basketball player for the college team. On June 24, 2009, he decided to leave the university and began to intern at Nike in 2009. However, he returned to the team but received a release to transfer to the University of Central Florida after the 2009–10 season.

In January 2012, Jordan left the UCF team and basketball career for good.

The current net worth of  Jeffrey is around 24 million dollars and he is a former basketball player and businessman. Jordan earns a handsome salary which is still unclear.

Jeffrey is no exception to the controversy. On September 24, 2021, Jordan was accused of assaulting hospital staff and therefore arrested in Scottsdale, Arizona.

Jordan has a height of 6 feet 1 inch and a weight of 82kg, he has a fit body structure. Similarly, his hair and eyes color is black.