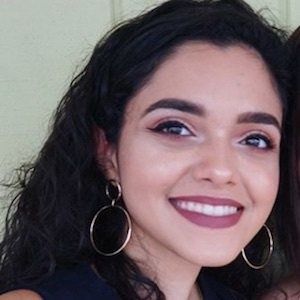 What is the relationship of Jelian Mercado?

Jelian Mercado is single and not in a relationship with anyone currently. She has a baby boy named, Mateo. She is a single mother of her child and she is doing a very good job at it.

Previously, she was in a relationship. She had an affair with Tony Sarluca. The couple started seeing each other and in April 2016 and they started getting making YouTube videos together. Soon, she became pregnant and gave birth to their baby in May 2016. But due to some difference, in September 2017, the couple announced their split.

She gained fame after vlogging about how it is to be a ‘single teen mom’. In her channel, jelly beans, she has over 631k subscribers.

Jelian was born on 14th May 1997, in Ponce, PR. Her mother’s name is Linnette Serrano and her father’s name is Carlos Mercado. Her ethnicity of Latino and her nationality is Puerto Rican.

She has two sisters: Javiell Mass and Denisa Kim and a brother, Carlos Adrian Mercado. There is no information on Jelian’s educational life. But she once stated that she is a college dropout. Her parents wanted her to do nursing for her career but she was a creative kid since her childhood.

Jelian joined Youtube on 17th September 2009. Since then she started vlogging and earning through it. Obviously, she is a social media star and a mother which is a full-time job as well.

She has over 631k subscribers on her YouTube channel. She has a vision of having her own shop where she would love to keep eco-friendly baby products.

Mercado, when she knew that she was pregnant she was vulnerable whether to keep the baby or not. Some people felt that abortion would be the right decision for her as she was just a teenager. But she did not think of abortion and decided to keep the baby.

Also know more about the early life, career, net worth, relationships, and controversies of other vlogger and YouTuber including Louise Pentland, Dodie Clark, James Meseg, Zane Rima, and Alex Wassabi.