Clement married his longtime girlfriend, theatre actress, and playwright Miranda Manasiadis, in August 2008. They first met on the set of Eagle vs Shark.

Sophocles Iraia, their son, was born in New York City in October 2008. They are residents of Wellington. 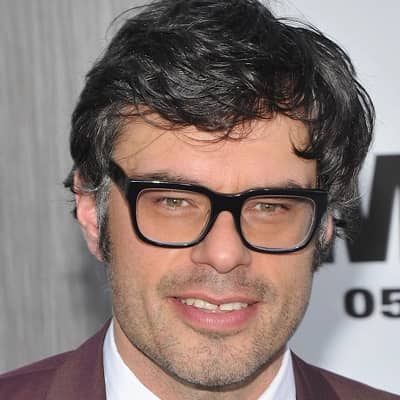 Who is Jemaine Clement?

Jemaine Clement is a comedian, actor, musician, and filmmaker from New Zealand. Jemaine Clement and Bret McKenzie released several albums as the musical comedy duo Flight of the Conchords, and he created a comedy series of the same name for both the BBC and HBO, for which he received six Primetime Emmy nominations.

Clement was born on January 10, 1974, in Masterton, New Zealand. He is 48years old as of now. Talking about his nationality, he identifies as New Zealand.

He was raised in a Masterton in a working-class family by his mother and grandmother. His father’s name is Robert Clement, who was employed at the freezing works and struggled with alcoholism, leaving home when Jemaine was a child.

In Masterton, he attended Makoura College. He moved to Wellington after finishing high school to study drama and film at Victoria University of Wellington. He met Taika Waititi there, with whom he formed So You’re a Man and The Humourbeasts.

He made his directorial debut in 2014 with What We Do in the Shadows, which he also co-wrote, co-directed, and co-starred in with Taika Waititi.

Moreover, Clement and McKenzie have toured around the world and released four albums: Folk the World Tour in 2002, The Distant Future EP in 2007 (winner of the 2008 Grammy for Best Comedy Album), Flight of the Conchords in 2008, and I Told You I Was Freaky in 2009.

Tongan Ninja, directed by New Zealander Jason Stutter, was his feature film debut. Clement also appears in the American comedy Gentlemen Broncos, directed by Jared Hess of Napoleon Dynamite. He was nominated for an Independent Spirit Award for Best Supporting Male for this role.

In 2011, Jemaine Clement portrayed Nigel in Rio, and in 2012, he played the main antagonist Boris the Animal in Men in Black 3. Jemaine has appeared in international television commercials and provided voiceovers for numerous others in New Zealand.

Clement has worked on award-winning radio shows. He has won a Radio Award in 1999 as a writer for Trashed, which aired on Channel Z in Wellington. He received a Special Radio Awards Commendation for The Sunglass Store in 2000.

In addition to his work on Flight of the Conchords, Clement was a writer and cast member of the New Zealand television shows Skitz and Tellylaughs.

Jemaine Clement has an estimated net worth of $ 6 million, while his exact earnings, salary, and incomes are not revealed yet. His primary source of income is his profession as a comedian, actor, musician, and filmmaker.

Jemaine hasn’t been indulged in any controversy or rumors. Currently, there are no controversies regarding his professional career.

He appears to be avoiding unwanted scandals and rumors.

Jemaine Clement stands tall at a height of 6 feet and weighs around 75kgs.

Furthermore, he has a pair of brown eyes and Black hair. He often wears specs.

Clement is not seen much active on various social networking sites. He is only seen active on Twitter.

He has over 550k followers on his verified Twitter account under the username @AJemaineClement. Whereas, he is not seen much on other social media platforms.