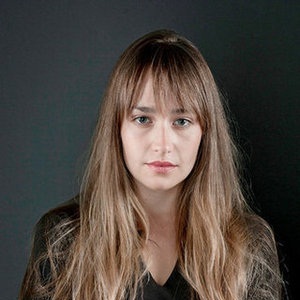 I have a handful of tattoos that I really want to put on people that I can't find anyone to let me give them to.

I don't have the passion for acting that actors might have.

Being humble and sweet is the hardest thing you can do.

Cute and gorgeous, Jemima Kirke is dating an Australian musician and singer-songwriter Alex Cameron. their affair was started from July 2017. This couple was seen kissing each other in New York City.

Before this relationship, Jemima was married to a lawyer Michael Mosberg, in 2009. They welcomed their first child Rafaella Israel in 2010 and second child Memphis Kirke in 2012. They couldn’t continue their marital life and got separated in January 2017.

Who is Jemima Kirke?

Jemima Kirke is a popular British actress. She is extremely prominent for her role as Jessa Johansson on the television series ‘Girls’. She was featured in Zayn Malik and Sia’s ‘”Dusk Till Dawn’ music video.

Jemima was born on April 26, 1985, in London, England. Her nationality is American and belongs to Mixed (English, Scottish, Ashkenazi Jewish) ethnicity.

She was born to Simon Kirke(father) and Lorraine(mother). Her father Simon was former drummer of the rock bands Bad Company and Free and her mother Lorraine is the owner of Geminola. She has two brothers namely Greg Morris, former actor and Simon Kirke, Jr. She has two sisters as well namely Lola Kirke, who is an actor and Domino Kirke, singer.

Being a daughter of drummer and Geminola (outfit supplier for television series Sex and the City) owner, Jemima easily started her acting career. She started her film career through 2005 film “Smile for the Camera” as a voice actress.

Professionally, Jemima Kirke began her acting career in 2010 and appeared in film “Tiny Furniture” as ‘Charlotte’. The film got huge positive responses and reviews; however, due to her minor role, she didn’t get huge popularity. Jemima made her debut in T.V in the year 2012 and appeared in T.V series “Girls” and currently she is working for the same series since then. This is one of the successful series in her career yet for which she was able to gain huge fame and fans.

She has a net worth of $3 Million but her salary not revealed yet.

Currently, there are no desperate rumors regarding Jemima’s personal and professional life. It seems like she is doing the best job without harming others for which she hasn’t been a part of controversy yet.